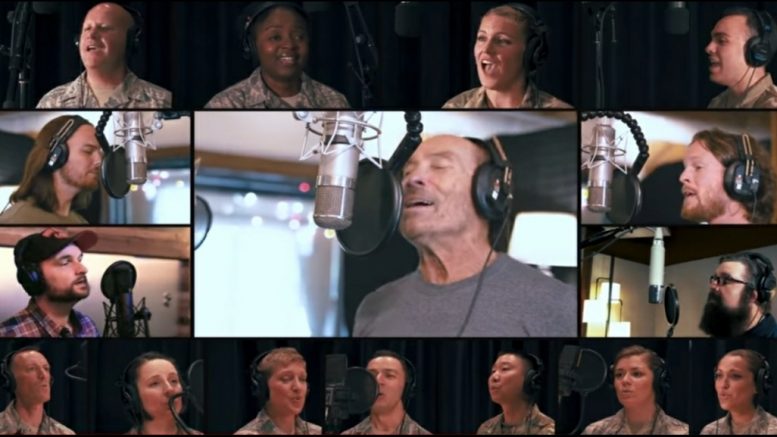 Over the Independence Day weekend, country music artist Lee Greenwood released a special version of his hit song “God Bless The USA” in a combined effort with members of the U.S. military and the music group Home Free.

Greenwood collaborated with The United States Air Force Band, Singing Sergeants and Home Free in a new twist to the hit song that was originally released in 1984, but has regained popularity in decades ever since.

“Greenwood is known for his patriotic signature song “God Bless the U.S.A.”, which was originally released and successful in 1984, and became popular again during the Gulf War in 1991 and after the September 11, 2001, attacks (becoming his highest charting pop hit, reaching number 16 on the Billboard Hot 100).

“God Bless The USA” was performed at President Trump’s inauguration concert and has been repeatedly played at Trump rallies ever since.

Fox News obtained a copy of the music video for Greenwood’s newly-collaborated version of “God Bless The USA” and posted it on their YouTube channel. It can be seen below.

Schumer Voices Worry That Trump May ‘Bumble’ U.S. Into War With Iran, Graham Responds: ‘Trump Is Not The Problem’

Sen. Warren Insinuates Trump May Have Killed Soleimani As A Distraction For Impeachment: “People Are Reasonably Asking ‘Why This Moment?'”