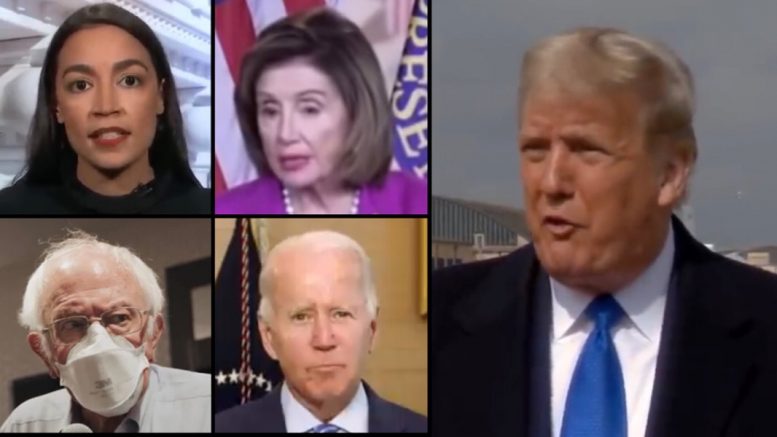 45th President Donald J. Trump issued a statement via email Thursday from his “Save America” PAC, criticizing Joe Biden and the “Radical Left Democrats” for orchestrating “another election enhancing money grab” ahead of the November midterms and amid “crippling inflation, unaffordable energy prices, and WAR”.

Trump was referring to the “student loan relief“ program announced by Joe Biden and his administration on Wednesday.

“Joe Biden and the Radical Left Democrats have just orchestrated another election enhancing money grab, this time to the tune of $300,000,000,000—and just like I predicted, it’s coming right out of the pocket of the working-class Americans who are struggling the most! Crippling inflation, unaffordable energy prices, and WAR—all things that should never have happened,” Trump said in his email statement.

“But if that wasn’t enough, now Americans are bailing out College Administrators who fleeced students, and those who opted for Degrees there was no way they could afford. America is a nation in decline, and the cliff into oblivion is within sight,” he expressed.

On Wednesday, Fox News White House correspondent Peter Doocy questioned White House press secretary Karine Jean-Pierre over “who” is going to pay for the student debt as previously reported by The Freedom Times.

“But when you forgive debt, you’re not just disappearing debt,” Doocy told the press secretary. “So who is paying for this?”

Jean-Pierre deflected from the question, alleging that the deficit being reduced will be “able to do something for the middle-class”.

Doocy: Who is paying for this?"

Doocy: "But when you forgive debt, you're not just disappearing debt so who is paying for it?" pic.twitter.com/CamDUiM47T

Doocy also questioned Joe Biden, but he refused to answer.

.@pdoocy: What about people who paid their loans, struggled to pay their loans and now others don't have to?

Biden just turned his back on all these hard-working, responsible Americans. pic.twitter.com/LUL7ypljiE 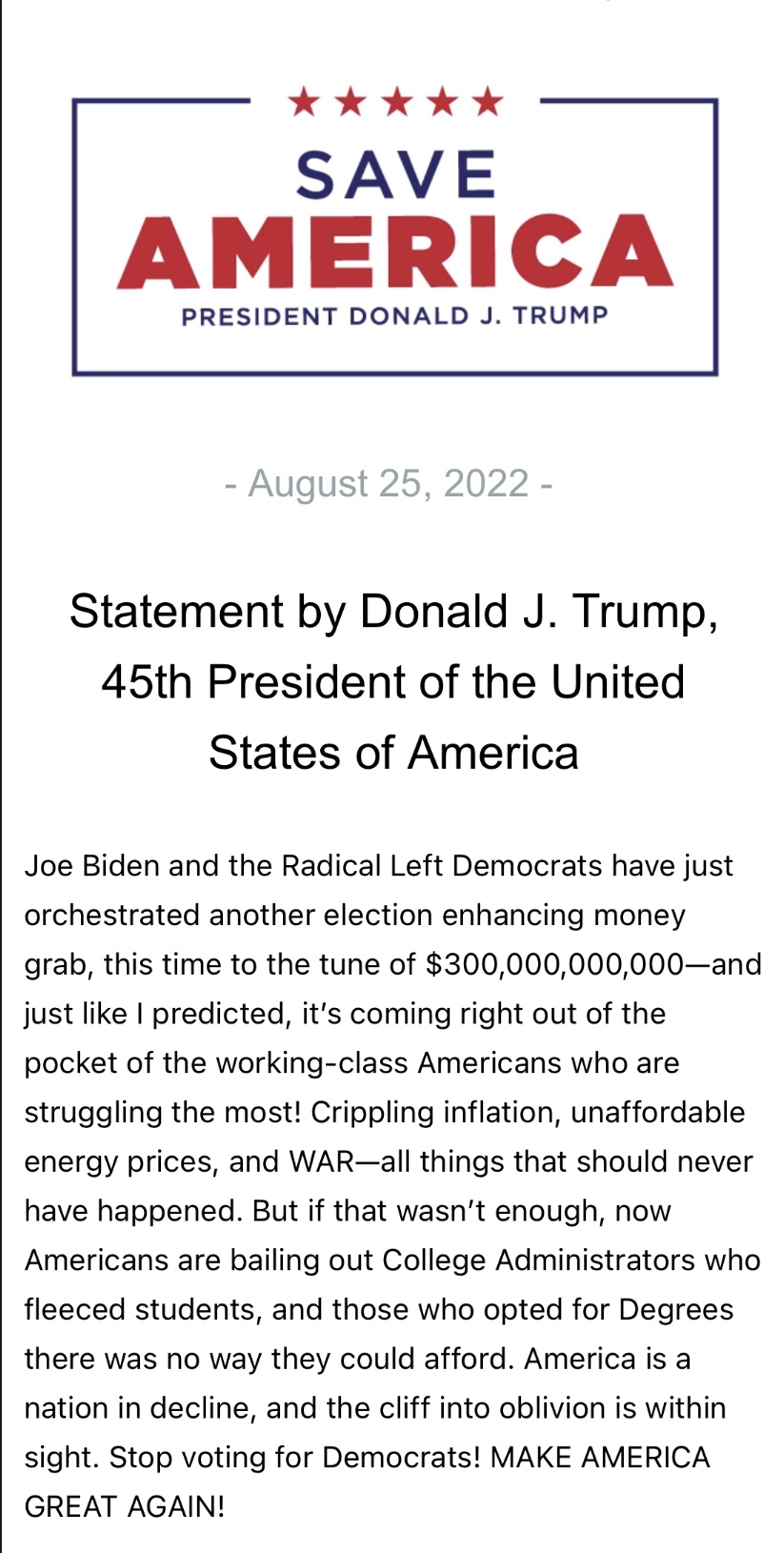 Trump on ‘Afghanistan Disaster of Exactly One Year Ago’: ‘Most Embarrassing, Incompetent & Humiliating Event in the History of the United States’