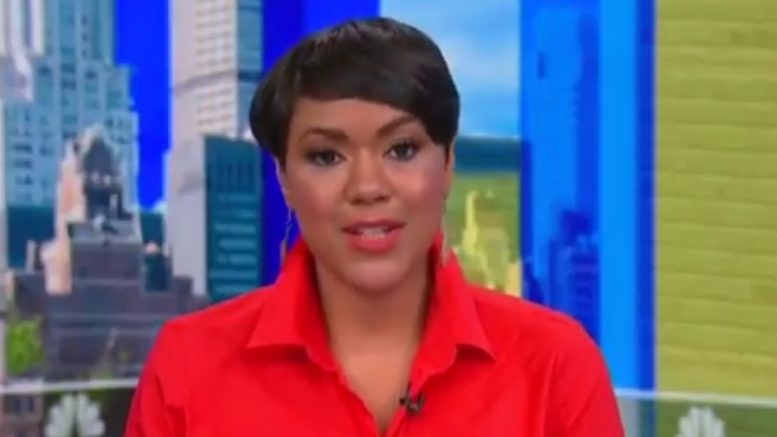 MSNBC’s guest host Tiffany Cross claimed that Independence Day is really nothing more than a holiday that celebrates “independence for white men.”

Cross made the suggestion on Saturday while discussing President Trump’s South Dakota speech at Mount Rushmore.

Related Article: Kaepernick On Independence Day: “We Reject Your Celebration Of White Supremacy”

“And so here we are, celebrating the birth of a nation, independence for white men, at a site described by one native American activist as, quote, ‘A symbol of white supremacy,’” Cross told her viewers.

“Trump choosing Mount Rushmore for a Fourth of July campaign stop is like when he chose Tulsa, the site of the 1921 massacre against black Americans, for his Juneteenth weekend rally. It’s that cold, tired, and familiar jab to black, brown, and indigenous people that makes the shrinking MAGA voter feel as big as a 60-foot face of a colonizing slave owner,” she added.

The remarks made by Cross were strikingly similar to that of former NFL quarterback Colin Kaepernick who said, “We reject your celebration of white supremacy” in his public statement about Independence Day.

Ahead Of Trump’s Visit, Kenosha’s Mayor Admits ‘The National Guard Has Been Extremely Helpful’