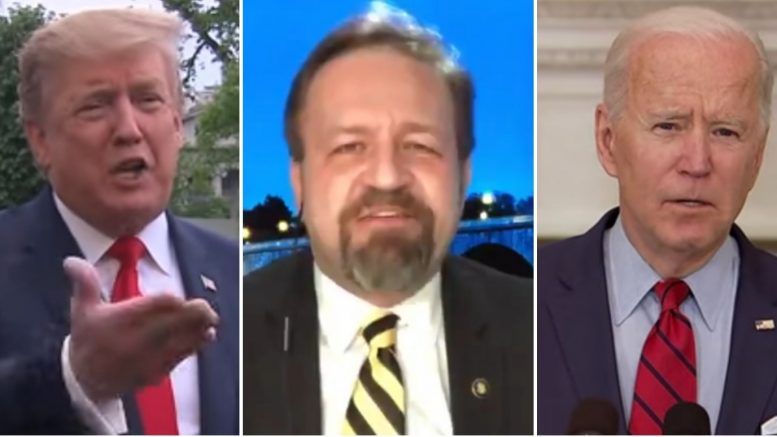 Appearing on Tuesday’s airing of Spicer & Co., Sebastian Gorka issued a “reality check” over the difference between former President Donald Trump and Joe Biden when it comes to overall transparency and energy level.

“Can we just have a reality check? Donald Trump gave 20-minute pressers on his way to Marine One — standing on the south lawn giving impromptu press briefings,” Gorka said while weighing in on the media’s double standard coverage of Biden’s presidency versus that of Trump.

Related Article: Leo Terrell: “When You Look at the Totality of the Situation, Something Is Wrong with Joe Biden”

“We are in…what?! Day 63? 63 of this administration and we still don’t have a press conference from Sleepy, Creepy Biden! This is a joke,” he added.

“I think if we had half of the energy of the 74-year-old Donald Trump has, we would be doing just fine,” Gorka said in direction to Sean Spicer. “[Trump] is a force of nature comparing to a dude who goes to bed at 7 PM. Come on, guys.”

.@SebGorka on the unstoppable energy of former President Trump compared to 'Sleepy Joe Biden,' "[Trump] is a force of nature." https://t.co/VlT7z8drtO pic.twitter.com/TurTg0AwWz