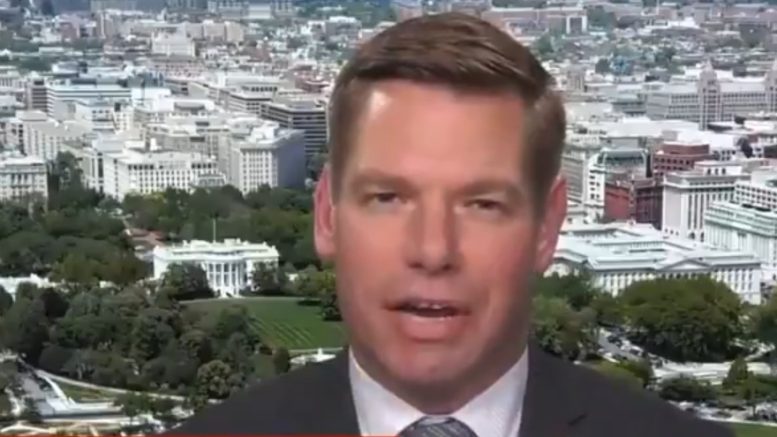 Democrat Congressman Eric Swalwell faced CNN’s John Berman on Thursday, where he tried to clear up questions related to why Democrats are holding hearings related to the impeachment inquiry behind closed doors.

In recent days, Republicans have slammed the lack of transparency and unfairness with closed door hearings, suggesting Democrats’ plan is to leak selective information to the press that fits their narrative against President Trump in hopes of drumming up public support for impeachment.

Swalwell, however, claimed in his interview that public hearings will take place in the near future and that Democrats want preliminary closed door hearings so that witnesses don’t “manufacture alibis.”

“Now, what we’re doing right now is a first pass,” Swalwell said. “We are interviewing witnesses that we know may have been involved and actually pairing down that information so you that you can pull out what’s relevant for the public.”

Swalwell also argued that there is no special counsel or special prosecutor overseeing the Ukrainian ordeal that Congress is investigating, which he thinks helps justify the closed door hearings that have been taking place.

“We know, however, we have evidence very recently that there are witnesses in our case who are talking to each other,” Swalwell said. “That’s exactly what we don’t want to happen until we have that preliminary investigation. We don’t want them to tailor their testimony to each other.” Video Below

“We don’t want them to manufacture alibis, so we’re trying to protect the information as much as we can before we bring it forward to the public,” he declared.

While discussing the types of questions Republicans have been asking in the close door hearings, Swalwell said the idea that Ukraine interfered in the 2016 election is nothing but a “conspiracy theory,” despite a Politico report that claims otherwise. You can read more on Ukraine’s potential election interference by CLICKING HERE.

“They are looking back at this 2016 conspiracy theory that Ukraine actually was involved in interfering in our elections. There’s no evidence of that,” Swalwell said without mentioning Politico’s report. Video Below

We are holding these depositions behind closed doors to ensure that witnesses don’t coordinate their testimony, which we have reason to believe some have tried to do. We won't allow the @HouseGOP antics to prevent justice from being served. pic.twitter.com/DlU4HIMGK2