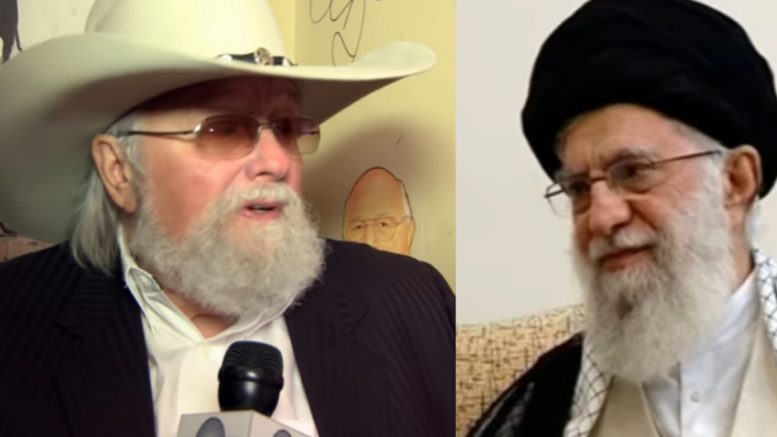 Singer and songwriter Charlie Daniels kicked off the New Year by issuing a special reminder to Iran’s supreme leader Ayatollah Ali Khamenei in wake of Iran’s connection to the attack on the U.S. Embassy compound in Iraq.

The folk singer warned Ayatollah Khamenei that President Obama is “no longer in office” and that he better not push President Trump “too far” as tension between America and Iran appears to be on the rise.

Daniels remarks came as President Trump blamed Iran for the embassy breach in which dozens of Iraqi Shiite militiamen and their supporters broke into the U.S. Embassy, smashing a main door and setting fire to a reception area in one of the worst attacks on the embassy in recent years.

100 Marines, 750 paratroopers and other elements of the U.S. military were immediately sent to the region in a show of force that President Trump labeled as “The Anti-Benghazi” to get the situation under control.

President Trump triggered a reaction from Ayatollah Khamenei after tweeting, “Iran will be held fully responsible for lives lost, or damage incurred, at any of our facilities. They will pay a very BIG PRICE! This is not a Warning, it is a Threat.”

Ayatollah Khamenei replied, “First of all, you can’t do a damn thing! This has nothing to do with Iran. Secondly, be logical… The people of this region hate America. Why don’t Americans understand this?” See Below

In his full statement directed to “the ayatollah grand poobah or whatever”, Daniels tweeted: “In case nobody has told you Obama is no longer in office.”

“I wouldn’t push this guy (President Trump) too far,” he continued. “If he sends planes they won’t be loaded with cash.”

“Oh, and another thing, the days of putting your interest above the USA’s are long gone,” he declared. See Below

A message to the ayatollah grand poobah or whatever
In case nobody has told you Obama is no longer in office
I wouldn’t push this guy too far
If he sends planes they won’t be loaded with cash
Oh, and another thing, the days of putting your interest above the USA’s are long gone

In ending, here is an older video of CNN’s Jake Tapper covering billions of dollars transferred to Iran by the Obama Administration, which Charlie Daniels is referring to: