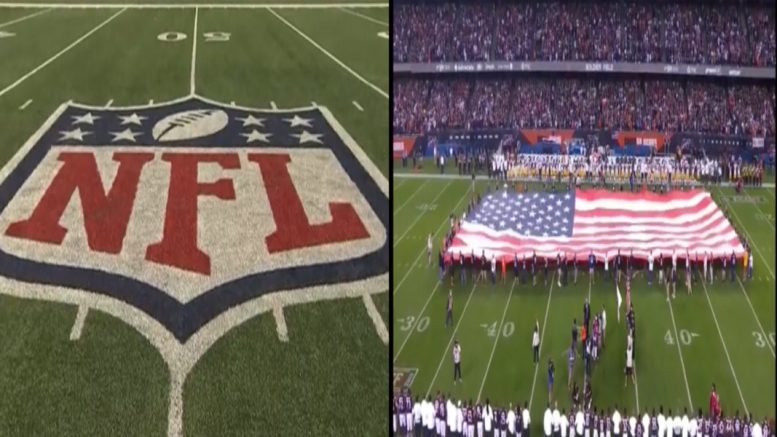 “Lift Ev’ry Voice And Sing,” traditionally known as the Black national anthem, is expected to be performed live or played before every Week 1 NFL game, and the league is considering a variety of other measures during the upcoming season to recognize victims of police brutality, ESPN reported.

The song would be performed before “The Star-Spangled Banner,” and the NFL’s season opener is scheduled for Sept. 10, with the Kansas City Chiefs hosting the Houston Texans, per ESPN.

ESPN tweeted Thursday “Lift Ev’ry Voice And Sing,” is expected to be performed live or played before every Week 1 NFL game:

ESPN reported that early last month, commissioner Roger Goodell in a video admitted that the league had erred in how it handled peaceful NFL player protests of police brutality and systemic oppression. Goodell condemned racism and affirmed that Black lives matter, pledging his allegiance to the players in the battle for equal justice under the law.

The NFL is also reportedly considering other social justice measures, such as listing the names of victims of alleged police brutality on team uniforms, Breitbart reported.

Meanwhile, ESPN also reported on Friday that the Washington Redskins are likely to change their name, a source told ESPN’s Adam Schefter, after the team announced Friday it will “undergo a thorough review” of the nickname amid renewed pressure. Continued Below

“In light of recent events around our country and feedback from our community, the Washington Redskins are announcing the team will undergo a thorough review of the team’s name. This review formalizes the initial discussions the team has been having with the league in recent weeks,” the statement said. “… We believe this review can and will be conducted with the best interest of all in mind.”

Following the report that the NFL plans to play “Lift Ev’ry Voice And Sing,”, GOP users on Twitter voiced their annoyance with the NFL, while others responded with the hashtag “#BanNFL”.

Nothing says “unity” like playing a separate National Anthem for black people and white people at NFL games. 🤡