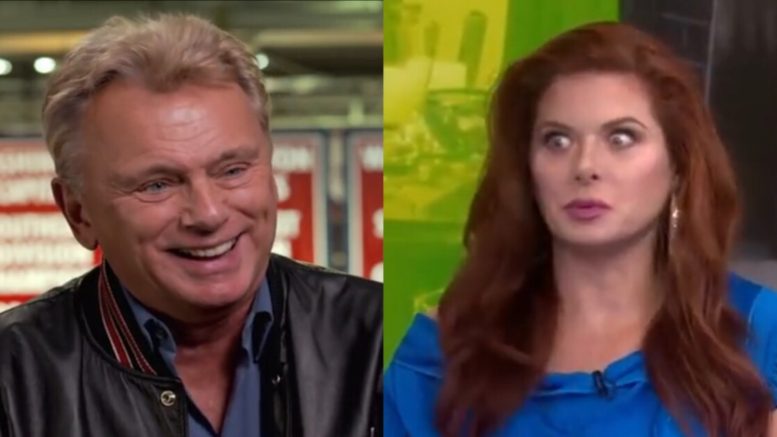 Last week, far-left “Will & Grace” actors Debra Messing and Eric McCormack responded to a report about an upcoming fundraiser being held in Beverly Hills in honor of President Trump’s reelection campaign by requesting a “report” on all the attendees.

President Trump plans to attend the Sept. 17 fundraiser in Beverly Hills during a trip to California that will also include visits to the San Francisco Bay Area and San Diego, The Hollywood Reporter wrote Thursday.

In a Twitter message on Friday, McCormack asked that the Hollywood Reporter name names when it comes to fundraiser attendees. “Hey, @THR, kindly report on everyone attending this event,” he wrote, “so the rest of us can be clear about who we don’t want to worrk with. Thx.”

Soon after his tweet appeared, McCormack was blasted on social media, with many of his critics drawing comparisons to McCarthy, whose Cold War efforts to oust Communists from Washington, Hollywood and other spheres of influence resulted in a Hollywood blacklist of those whose loyalty to the U.S. was questioned, as reported by Fox News.

However, McCormack attempted to clarify his stance on Tuesday, telling his followers on Instagram that he doesn’t support “blacklists” and he was “misinterpreted,” and Debra Messing agreed with McCormack, adding “I couldn’t have said it better.” (Continued Below)

But several people didn’t buy the liberal actors explanations, including the President.

“Bad ‘actress’ Debra The Mess Messing is in hot water. She wants to create a ‘Blacklist’ of Trump supporters, & is being accused of McCarthyism. Is also being accused of being a Racist because of the terrible things she said about blacks and mental illness,” President Trump tweeted Thursday. “If Roseanne Barr said what she did, even being on a much higher rated show, she would have been thrown off television. Will Fake News NBC allow a McCarthy style Racist to continue? ABC fired Roseanne. Watch the double standard!”

As per Fox News, Trump was presumably referring to an indecent on Wednesday when Messing attempted to explain why she’d recently promoted an Alabama church sign that called black Trump voters mentally ill. (Continued Below)

Messing’s response came as #RacistDebraMessing trended on Twitter. She claimed she apologized for liking the sign but doubled down on her criticism of the President.

Amid the drama surrounding the Hollywood actors, host of “Wheel of Fortune”, Pat Sajak, took to Twitter where he humiliated their “blacklist” idea with a random “hot dog” parable.

“I call upon all hotdog stands to post a list of those who ask for ketchup on their hotdogs,” he added.

Meghan McCain, “The View” co-host, even fired off Thursday: “No one is misinterpreting – you want to put a list together of Trump supporters/republicans in Hollywood and end their employment, publicly shame them, possibly invited god knows what into their lives. THIS is the ‘tolerant Hollywood left’ and no amount of backtracking changes it.”

No one is misinterpreting – you want to put a list together of Trump supporters/republicans in Hollywood and end their employment, publicly shame them, possibly invited god knows what into their lives. THIS is the “tolerant Hollywood left” and no amount of backtracking changes it https://t.co/j3XTWqWUdz

President Trump also tweeted a video from Terrence Williams who went off on Debra Messing: