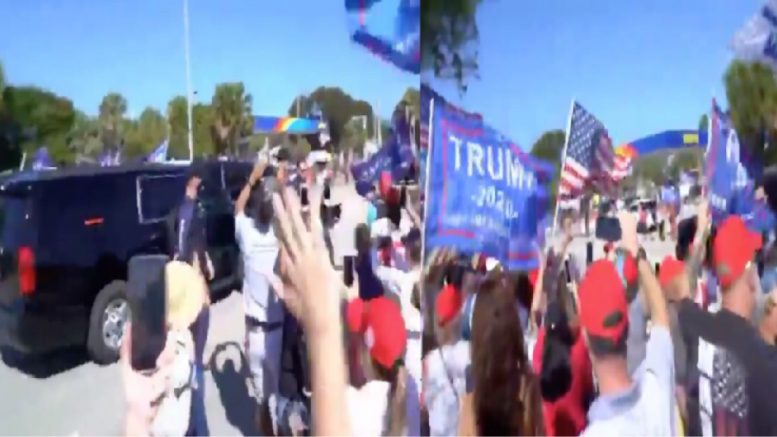 The 45th President surprised supporters, driving slowly past the crowd in a motorcade as they cheered and chanted “USA!”, “We love Trump!”

President Donald Trump drives by in his motorcade:

This is unbelievable! 45 returns to Mar-a-Lago this afternoon, after an awesome day out on the links….to this….❤️🤍💙🇺🇸🦅 pic.twitter.com/QJwR3hAgMs

Here is another view and the president is seen waving!

Derek Utley reported that he paid for a banner in West Palm Beach to fly over:

The plane I booked just flew over Southern Blvd in West Palm Beach!

Trump Best President Ever Save America is 1 minute from Mar A Lago! pic.twitter.com/HONW8OCPKy

“The best President ever! Save America!” the banner read.