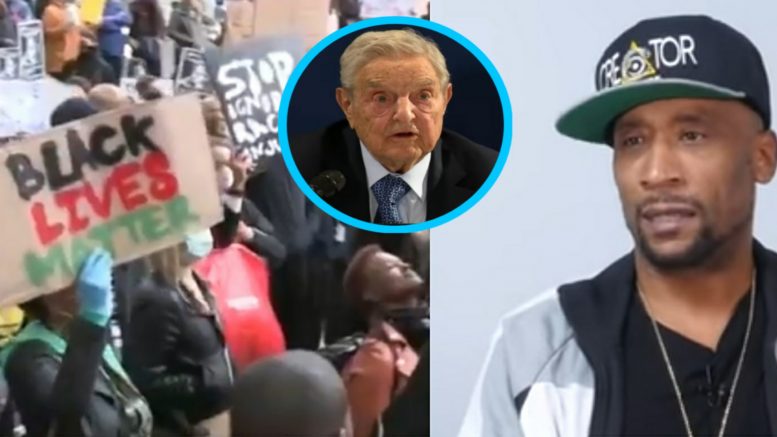 In a video clip that has resurfaced, Rapper Lord Jamar claimed that Black Lives Matter is nothing more than a “movement that was given to us by George Soros and his f**king boys” designed to prevent blacks from coming up with their own “organic movement.”

The rapper made the suggestion during a 2016 interview, which has been re-circulating on social media over past few weeks since the Black Lives Matter movement has gained steam in wake of the deaths of George Floyd and Rashard Brooks.

When asked why he’s not a Black Lives Matter supporter, Lord Jamar said, “Because it’s not our movement.”

“This is a movement that was given to us by George Soros and his f**king boys because they saw how things were going and they didn’t want it to go back to the 60’s to where we start having our own organic movements — that was a big f**king problem for them,” he added.

“‘So let’s give the people a movement that we can control. We’ll provide them the leaders and all of this type of sh*t’…and um, yea–that’s what Black Lives Matter is,” Lord Jamar declared. Video Below

Rapper Lord Jamar keeps it real and unloads on the Black Lives Matter movement, and says it’s not for him! "Black Lives Matter is a movement that was given to us by George Soros and his boys, it’s ran by lesbians!” pic.twitter.com/MJpVf6KxOv

Lord Jamar went on to challenge viewers to “google George Soros and Black Lives Matter and see what comes up.”

We leave you with Lord Jamar’s full commentary on Black Lives Matter.