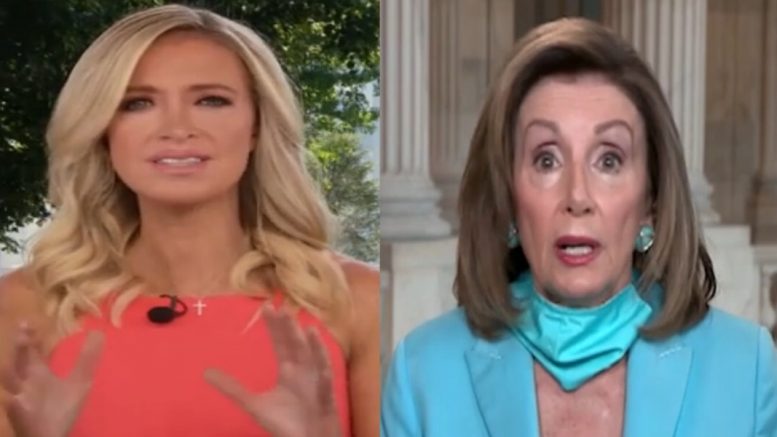 The paper also claimed: “The intelligence finding was briefed to President Trump, and the White House’s National Security Council discussed the problem at an interagency meeting in late March, the officials said.”

He added: “Intel just reported to me that they did not find this info credible, and therefore did not report it to me or @VP. Possibly another fabricated Russia Hoax, maybe by the Fake News @nytimesbooks, wanting to make Republicans look bad!!!”

Following the New York Times report, House Speaker Nancy Pelosi (D-CA) said during an interview on ABC’s “This Week”, that she is unclear as to what “the Russians have on” President Trump, but added that it must have swayed his administration not to take action after U.S. intelligence learned that Moscow spies offered bounties to Afghan militants to kill U.S. troops.

Pelosi also claimed that throughout Trump’s presidency he has ignored allegations against misdeeds committed by Russia, but that the new reports on bounties “is as bad as it gets.” Continued Below

“This is as bad as it gets, and yet the president will not confront the Russians on this score, denies being briefed,” Pelosi claimed. “I don’t know what the Russians have on the president, politically, personally, financially, or whatever it is. But he wants to ignore, he wants to bring them back to the G-8 despite the annexation of Crimea and invasion of Ukraine.”

White House Press Secretary Kayleigh McEnany said on Monday during “Fox & Friends” that Pelosi, is “entirely off-base” for claiming that President Trump has not been applying pressure on Russia.

“[Pelosi] is talking about alleged intelligence that was never briefed to the President of the United States. And what is she doing? She is taking a report, based on anonymous sourcing that was just dead wrong– the New York Times was wrong, believe it or not– and she’s politicizing it,” McEnany said. Continued Below

“The only person playing politics here is the Speaker of the House and it is truly despicable,” the White House press secretary expressed.

McEnany told “Fox & Friends” there will be a briefing today that will “clear up a lot of the false reporting from the New York Times”.

“The president has made clear that he’s never been briefed. Two DNI’s have made that clear, both [John] Ratcliffe and Ric Grenell. Two national security advisers, Robert O’Brian, the current one and even John Bolton said he was not aware of this intelligence. … [Intelligence is] vetted for it’s veracity, and only goes to the president and the high level officials when it is deemed as verifiable and credible,” she explained.

“I think it will clear up a lot when members of Congress are briefed today. But it is truly egregious when you have anonymous sources spewing out this information on the pages of the New York Times and wrongly giving them false information,” McEnany added. Video Below