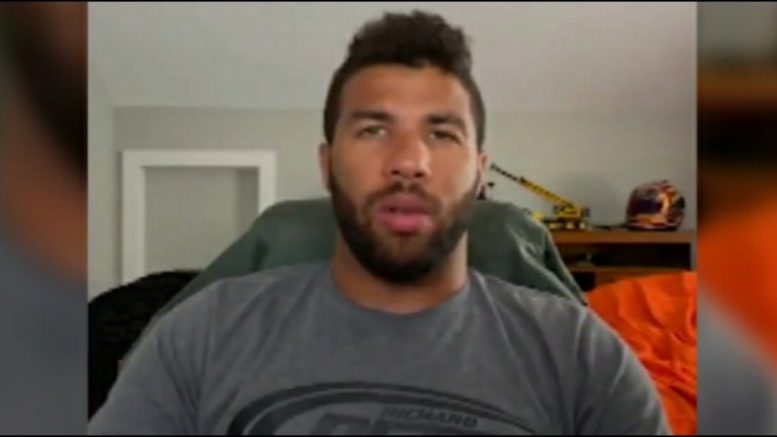 Now that the dust has finally settled on the alleged “noose” discovered in his garage, Bubba Wallace said he has no regrets with the way he responded and insists the entire situation was not a “publicity stunt.”

Bubba addressed after-effects of the incident with Jesse Watters on Saturday, just days after the FBI concluded that the “noose” made on his garage door rope was not intentionally put there as a threat.

“Well, let’s get it straight. This wasn’t used as a publicity stunt on my end. I don’t need all the fame, and then all the media hype to create my brand and create my image.”

He continued, “People that know me, I’m 100% raw and real, and I just go out and give it my all on the race track. And I’m the human being that everybody else is off the race track. I put my pants on the same way.”

Related Article: Following NASCAR’s Statement, Bubba Wallace Insists To Don Lemon “It Was A Noose” Hanging In His Garage

“So to say this helped or hurt my career would make me guilty of trying to pull off a publicity stunt, so I’m not really sure of your question, what you’re trying to get there, but this is something that we see…that we’re all a family, that we can all come together through the troubling times to create unity, which this world needs and in dire need right now, to help our brothers and sisters to feel welcome and wanted” Wallace said.

“So this sport of NASCAR that I’m proud to be a part of has continued to push their effort in showing diversity and inclusion and they’re not gonna tolerate any these hateful acts,” he concluded. Video Below

Is there anything @BubbaWallace would do differently after this week’s events? Watch to find out. #FoxNews pic.twitter.com/hkuK598rAd