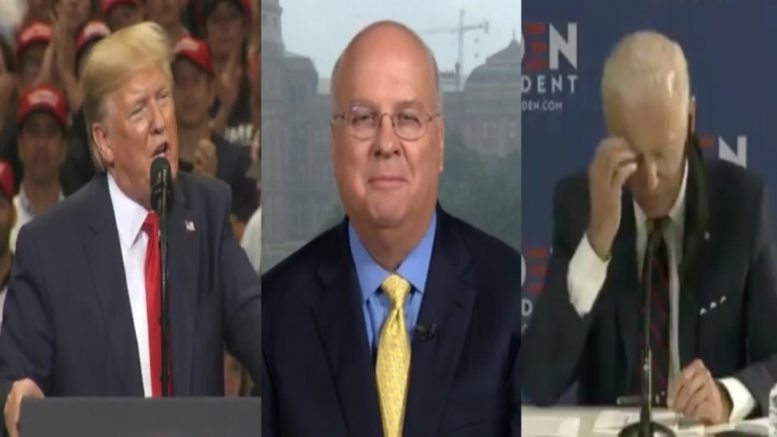 According to a Fox News poll released last week, Biden reportedly leads President Trump nationally by 12 percentage points, up from his eight-point lead last month. Texas is now seen as a tossup, as Biden tops President Donald Trump by a percentage point, 45-44 percent, in a new Fox News survey of Texas registered voters.

The Fox News polls are the latest showing Biden ahead of Trump in battleground states. Biden leads Trump 49 to 40 percent in Florida in a Fox News poll released Thursday, and was found to have a two-point lead in Georgia and North Carolina. All four states voted for Trump in 2016, Fox News reported. 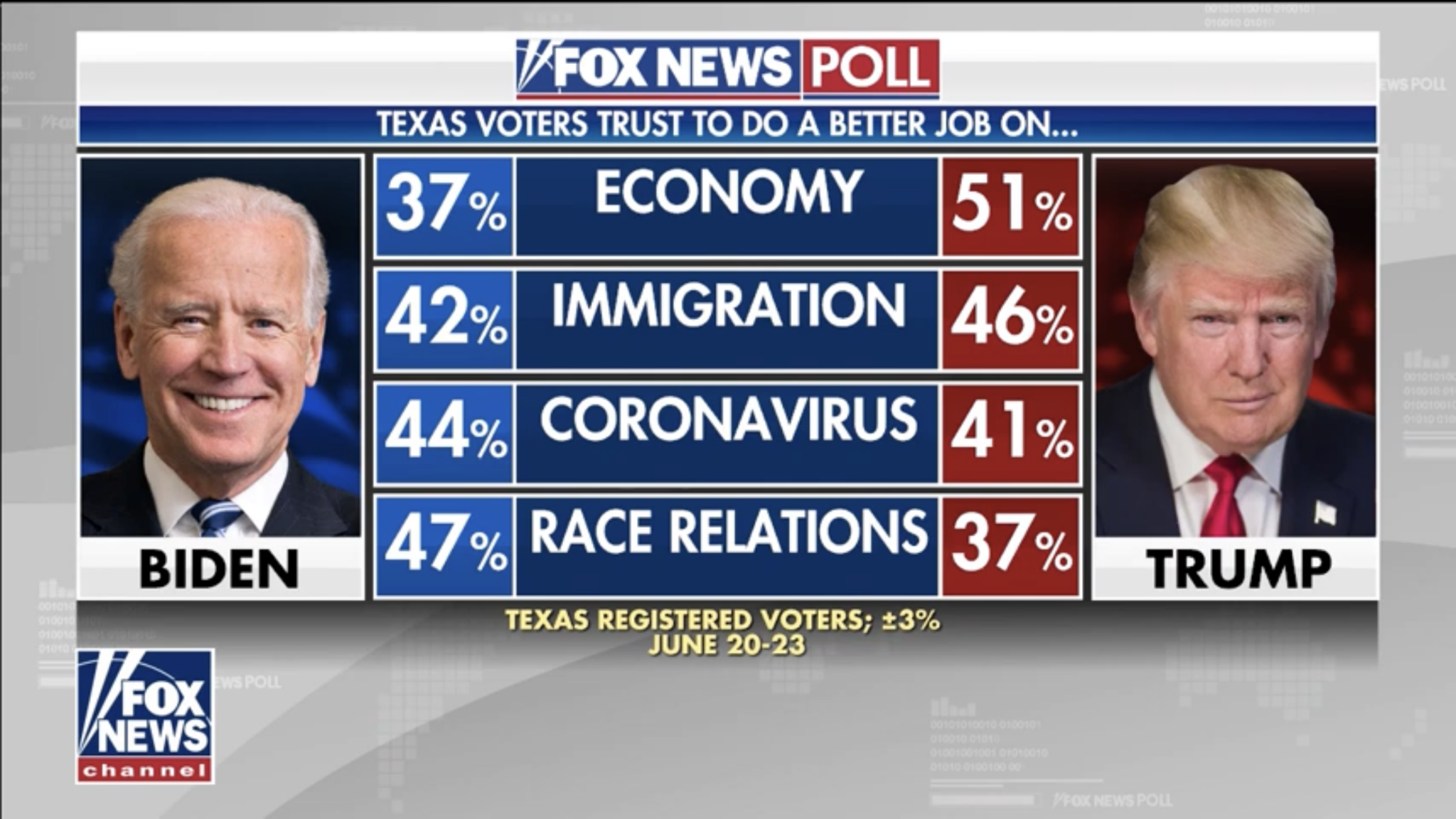 “I think the coronavirus and race relations are hard for the president to deal with, one, because he’s the president and Biden is nowhere to be seen on these issues except when he wants to surface. So, Biden can pick and choose the moments he wants to come forward. The president can’t,” Rove said.

“Let’s step back, this is part of a bigger drama,” he continued. “If you take a look at the Fox polls, and not only the New York Times polls in key battle ground states, the president, in many of those states, is behind. And in some states it’s close and within the margin of error. But, let’s be honest about it, the president is behind today. All the national polls suggest he is behind,” he told Gallagher. Continued Below

He recommended “three things” President Trump should do in “order to regain the advantage”. He also said the Commander in Chief must start focusing on what he would do in his next term. 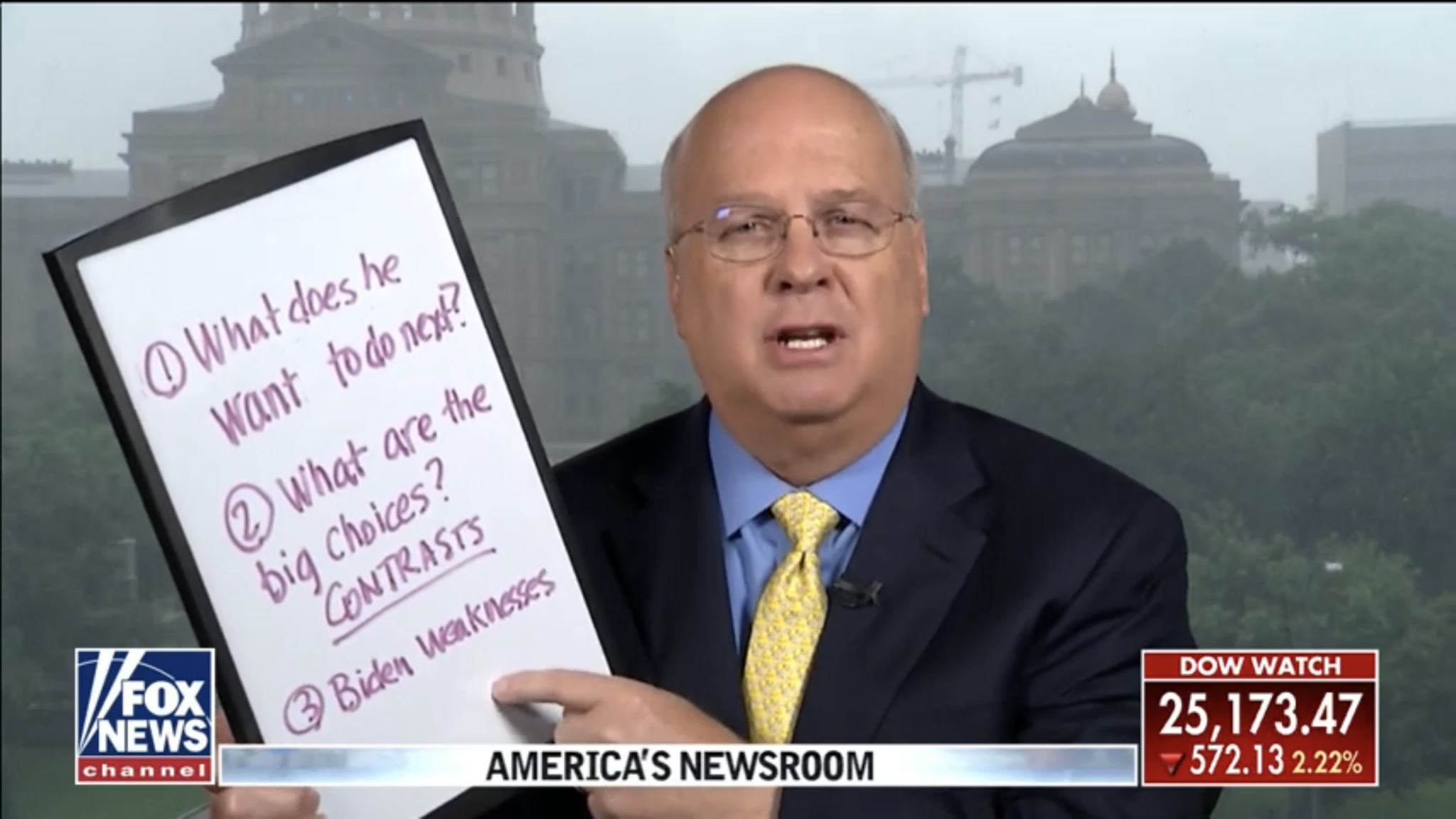 “He’s got to do, in my opinion, three things. What does he want to do next? No president gets reelected by simply saying, ‘I’ve done a good job.’ So, last night, he was asked this question by Sean Hannity, and he needs to give a better answer. But this is the most important thing,” Rove said. Video Below

“You can’t win unless you have a disciplined focus campaign strategy. And these polls point to this president and his team needing to reexamine what they’re doing and come up with a better game plan,” Rove said.

(Related: Karl Rove Rips Beto O’Rourke’s ‘Cheap Shot’ At Gov. Abbott: “I Thought He Might Be Tweeting Out His Own Personal Motto”)