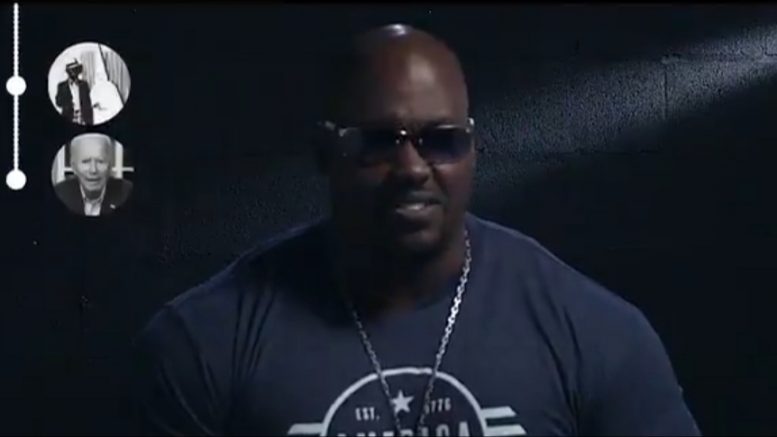 A Trump supporter who goes by the nickname “MAGA Hulk” taught a brief history lesson that shows how the Democratic Party failed the black community time and time again as recorded in the history books.

Hulk summarized a timeline dating back to the days of President Abraham Lincoln and slavery, where “Democrats fought a war to keep their slaves.”

He then slowly shifted through historical eras that included the formation of the Ku Klux Klan, which he said was founded by Democrats in opposition to the Republican Party, which actually was the party affiliation for the “first 23 African American members of Congress.”

Hulk went on to point out achievements by Republican presidents, including that of President Trump, which he says have tremendously helped black communities over the years.

“It’s time to be honest about the history of black people and the Democratic Party,” Hulk said. “I’ve been hearing a lot of lies. Whonis the party of chains? Who is the party of racism? Let’s set the record straight once and for all.” Video Below

This man is NOT black according to Joe Biden

Know the facts, don’t let the media keep lying to you