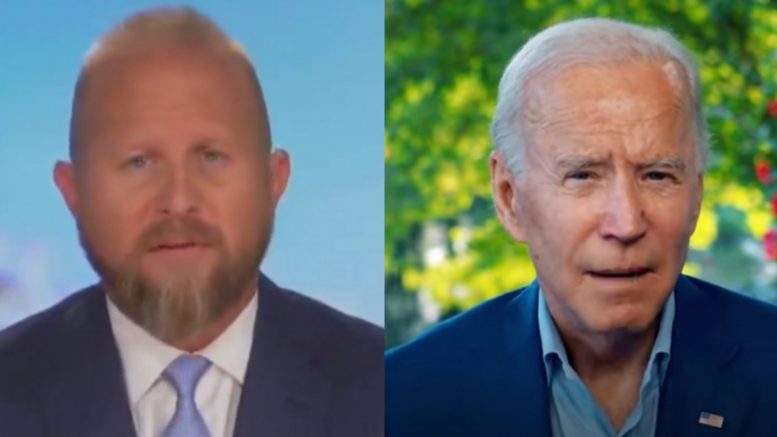 Trump 2020 campaign manager Brad Parscale weighed in on what he considers to be the most important statistic that was revealed in a Fox News poll that shows Joe Biden leading President Trump by double-digits.

Although the Fox poll indicates that the former Vice President may have widened his lead, it also shows that there is lack of enthusiasm surrounding Biden compared to President Trump — something that Parscale thinks is an important difference-maker at this point in the race.

In his reaction to the poll, Parscale pointed out that in the last six weeks of 2016 election, “less than a handful” of the 150 polls that came out showed the President winning.

“Most states like Michigan, Wisconsin — there was never one public poll that ever said we were winning. And guess what? The President won them,” Parscale said.

He then doubled-down on what he said in 2016, which is that the “public polling system is broken” and that Trump supporters are “under-polled.”

“Look at the enthusiasm gap,” Parscale said. “The President is going to turn out more voters. People aren’t excited about Joe Biden, he’s hiding in his basement, he doesn’t want to come out and his handlers can’t even let him speak.”

WATCH Brad @parscale says: "People aren’t excited for Joe Biden, he’s hiding in his basement, he doesn’t want to come out, and his handlers can’t even let him speak… The President has the right direction for this country, and he’s gonna win four more years.” pic.twitter.com/wWiDQAgBmm

In ending, we leave you with tweets from President Trump, James Woods and Donald Trump Jr. that helps explain why Biden “stays in his basement”:

His campaign strategy has been exactly the opposite & I’m sure that’s the right move given the candidate! https://t.co/1lTw6RGEuS