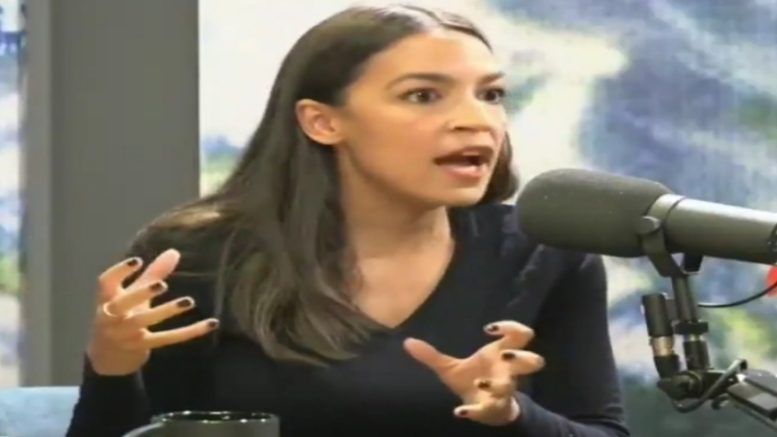 In a recent interview on “Pop Save America,” Alexandria Ocasio-Cortez weighed in on the debate on whether or not President Trump’s supporters are racists and when racism should be called out if seen out of him or his supporters.

Cortez began by saying, “It’s not about asking if Trump supporters are racist. When you talk about racism, not racists — racists — it’s a very two-dimensional, boring conversation. Is something racist? Yes or no and then you debate it.”

Alexandria said we need to be focused on more on the subject of “racism” and “its contours, its histories, where it manifests, how it’s used.”

“Cause like all winning political phenomena — whether they’re good or bad in your opinion — they rely on coalition building,” Cortez continued.

“Trump relied on a coalition, and a core part of that coalition were racists building on a coaltion with all sorts of other people, that could be susceptible to racist views if they were blanketed and layered and made people feel good about it not being a racist thing,” she said.

Ocasio-Cortez then declared, “There are a lot of people who support Trump, who genuinely believe they are not racist, um, because we do talk about or educate people on recognizing racism.” Video Below