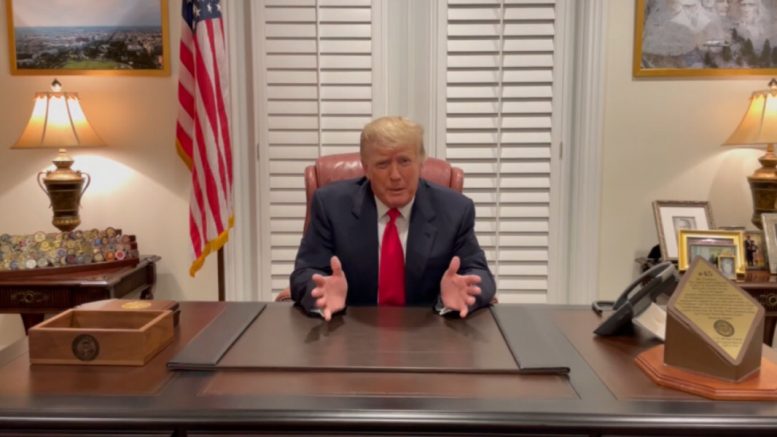 45th President Donald J. Trump issued a pair of statements via email on Thursday from his “Save America” PAC regarding what he called the “January 6th Unselect Committee” and “the RIGGED Presidential Election of 2020”.

Trump highlighted that he has “offered to debate anybody, on television or otherwise,” over the 2020 November presidential election, but “have no takers” yet.

“The people being persecuted by the January 6th Unselect Committee should simply tell the truth, that they are angry about the RIGGED Presidential Election of 2020. People are entitled to Freedom of Speech, and perhaps there has been no time in our Country’s history where Freedom of Speech has been so totally violated,” the 45th President said in an email statement on Thursday.

“They don’t want to talk about election results because they know they can’t win,” Trump suggested.

In a second email statement on Thursday, 45th President Trump brought up his offer to debate “anybody” over the 2020 November election, pointing out that he has yet to have an offer.

“Has it been at all noticed that I offered to debate anybody, on television or otherwise, about the RIGGED Presidential Election of 2020. This was a publicly stated challenge—I have been called a ‘ratings machine,’ and therefore would be good for television economics—which have not been doing so well lately,” he said. Continued Below

“With all the bravado out there, I have not had one credible person willing to stand up and debate me in order to defend the CROOKED election. All involved, like those on the Unselect Committee of January 6th, know that it is a losing proposition for them. The election numbers are not defensible,” Trump said.

“Arizona, Michigan, Pennsylvania, Wisconsin, Georgia, Nevada, and probably New Hampshire, Minnesota, New Mexico, and others were all won, and in some cases big, by a certain Republican Presidential Candidate, me,” he noted. “So, after one month, a very public offer to debate, I have no takers—not even the sleazebags you see on the January 6th Commission who speak with such fake reverence about the day.”

“This is Cancel Culture. They think they got away with the Crime of the Century, and they don’t want it to be talked about or discussed. Look at what has happened to our Country, and what a shame it is!” the 45th President declared. Continued Below 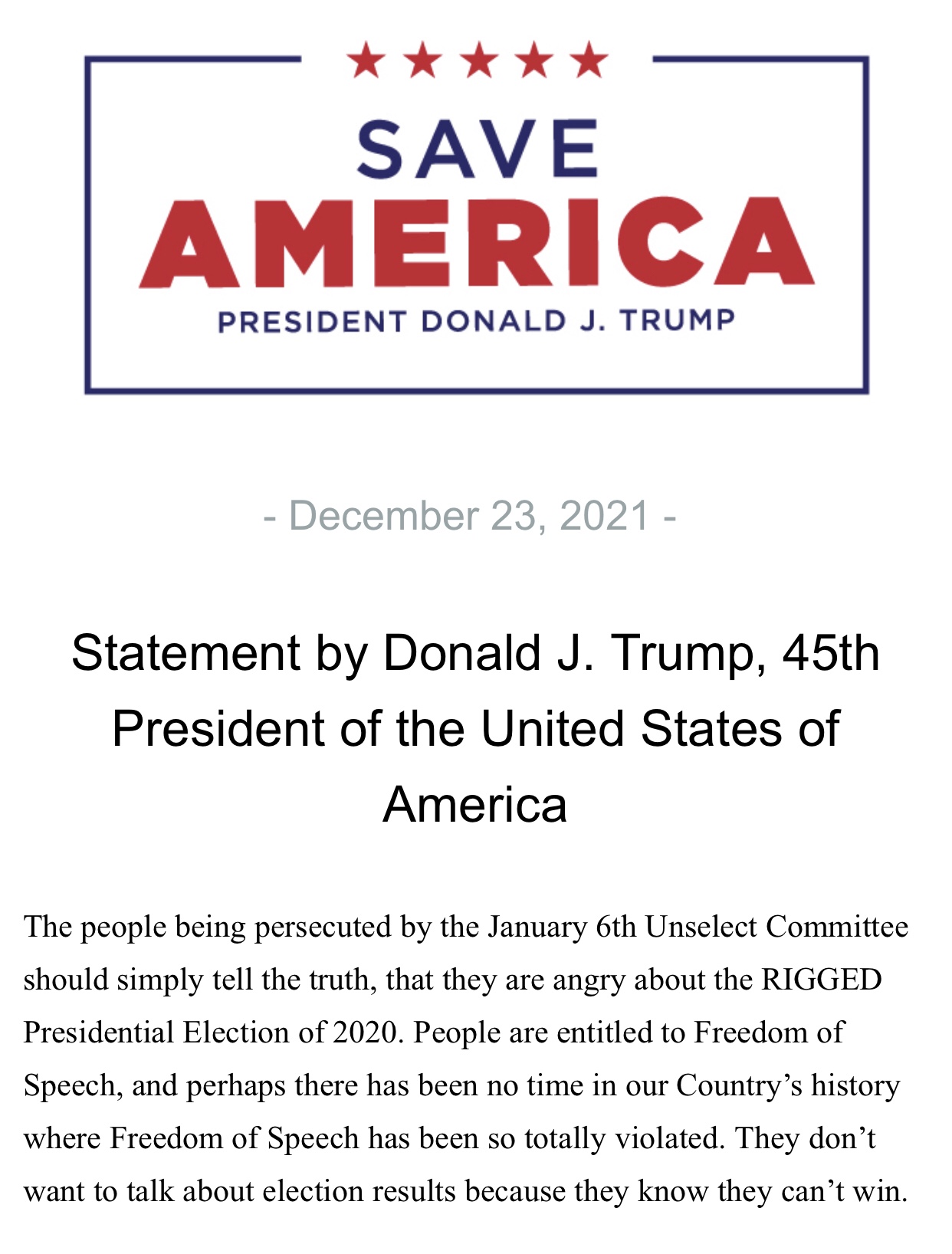 At the end of November, Trump in a statement, challenged “anyone” to debate election fraud:

The Fake News Media cannot stand the fact that so many people in our Country know the truth, that the 2020 Election was rigged and stolen, yet almost every article written contains the words the “Big Lie” or “unsubstantiated facts,” etc., always trying to demean the real results. I am willing to challenge the heads of the various papers or even far left politicians, who have perpetuated the Real Big Lie, which is voter irregularities and fraud on a massive and determinative scale.

This includes members of the highly partisan Unselect Committee of Democrats who refuse to delve into what caused the January 6th protest—it was the Fake Election results! While I am willing to do it, they will never agree because they cannot argue that facts in states including Wisconsin, Pennsylvania, Michigan, Georgia, Arizona, Nevada, New Hampshire, and others such as New Mexico, where the Democrat Secretary of State changed the voting laws without legislative approval just prior to the Election, making it virtually impossible for the Republican presidential candidate to win.

If anyone would like a public debate on the facts, not the fiction, please let me know. It will be a ratings bonanza for television!