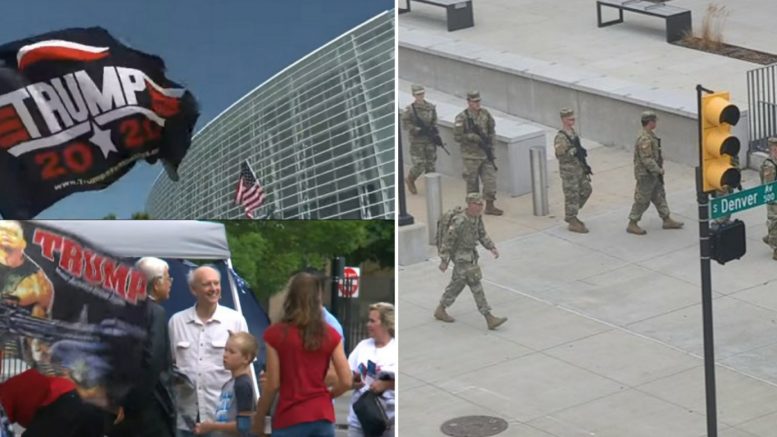 Oklahoma National Guard soldiers were spotted in Tulsa on Friday, ready to stand guard and protect the thousands of people expected to attend the highly anticipated Trump rally on Saturday.

While over one million people signed up to attend the rally, it’s unknown how many will actually show up, and the city of Tulsa isn’t taking any chances when it comes to protecting Trump supporters against those who wish to seek harm.

As reported by the Army Times:

“Tulsa Police Chief Wendell Franklin said the Guardsmen will be used as a “force multiplier” to help secure safety zones around the downtown BOK Center where the rally is to be held.”

On Friday, an image surfaced on Twitter that purportedly shows guardsman arriving on Denver Ave. in Tulsa, near the BOK Center. See Below

President Trump warned “protesters, anarchists, agitators, looters or lowlifes” seeking to disrupt his rally that they will be treated differently than in liberal strongholds if things get out of hand.

In ending, we leave you with an image that Trump 2020 campaign manager Brad Parscale tweeted showing an outdoor stage being built so Trump can address supporters inside and outside of the BOK Center, as well as a video showing festivities already underway.

Law enforcement will have their hands full!

The outdoor stage for @realDonaldTrump’s Rally in Tulsa being built.

This will be the 1st time that POTUS speaks to BOTH crowds in person – inside & outside.

If you come to the rally and don’t get into the BOK Center before it’s full, you can still see the President in person! pic.twitter.com/7hoLFgzvLA