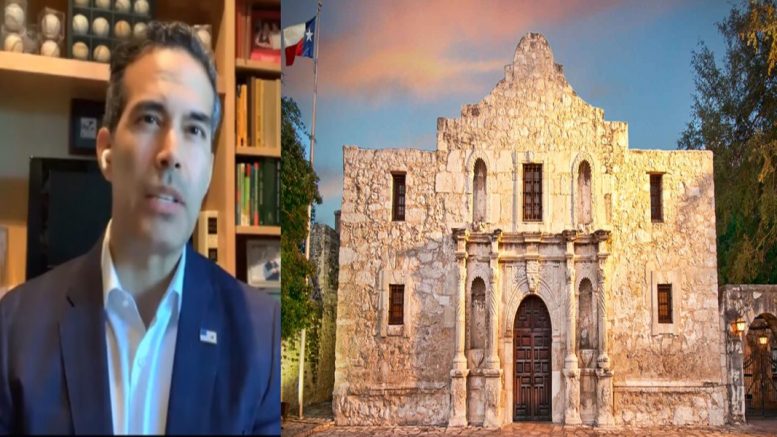 Later in the day, George P. Bush, Commissioner of the Texas General Land Office, issued a stern reaction to the rumors of protestors targeting The Alamo.

The Alamo is the Shrine of Texas Liberty. And it will be defended. My office is closely watching the social media posts and rumors from protestors who are threatening to the come to The Alamo.

Rest assured we have deployed, for several weeks and will continue to do so, the Alamo Rangers in partnership with SAPD, The Department of Public Safety and The National Guard to protect this sacred site.

My message to the protestors is simple: Don’t mess with The Alamo. Continued Below

Don’t mess with the Alamo. pic.twitter.com/oqDM8wUOrT

George P. Bush also tweeted a picture of what appears to be law enforcement and the National Guard outside of The Alamo.

Protesters in San Antonio now demanding tearing down The Alamo.

The Alamo Mission in San Antonio, commonly called The Alamo and originally known as the Misión San Antonio de Valero, is a historic Spanish mission and fortress compound founded in the 18th century by Roman Catholic missionaries in what is now San Antonio, Texas, United States, per Wikipedia.

Read more about The Alamo at History.com