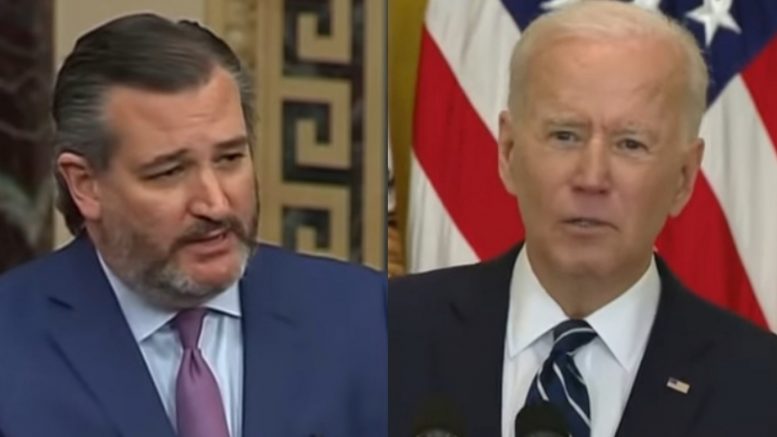 Senator Ted Cruz sent a letter to Joe Biden slamming his administration’s lack of transparency in regards to their handling of the surge in migrants crossing the U.S./Mexican border.

Eighteen Republican senators, led by Senators Ted Cruz (TX) and John Cornyn (TX), visited the southern border in Texas on Friday to observe and document the current conditions for the American people as the Biden administration is struggling to handle the surge of unaccompanied migrant children and illegal aliens seeking entry to the U.S., as previously reported by The Freedom Times.

On Sunday, Senator Cruz released never before seen video footage from inside the Donna facility in Texas, which is holding several migrants. The video shows a Biden appointee, who was sent there according to Cruz, from Washington, D.C., to try to prevent the GOP lawmakers from filming and taking pictures on their own.

How far is Joe Biden going to stop the American people from seeing inside the Donna CBP facility?

Biden sent a political operative from DC to block our cameras and even threatened another senator to obstruct legitimate congressional oversight. pic.twitter.com/vHT2U7Nh1z

Sen. Cruz followed up by writing a letter to Mr. Biden detailing what all was witnessed when visiting the border last Thursday and Friday, which he now considers to be a “staggering public health and humitarian crisis” caused by the current administration’s policies.

Furthermore, Cruz complained that none of the reporters could see “hundreds of individuals” crossing the Rio Grande under control of the cartel” and nearby were “buses ready to release to release these individuals into the interior without proper COVID screening or assurances that any of these individuals will appear at a later date for an immigration hearing.”

“The reporters and the cameras could not see any of this because you, President Biden, prevented it,” Sen. Cruz declared. “This is outrageous. The Trump administration allowed media into DHS facilities. So did the Obama administration, the Bush administration, and the Clinton administration. But you want to hide what is going on.”

Then, after disclosing his plans to tour a convention center where unaccompanied minors are being held, Sen. Cruz urged Biden to “stop denying reality, confront the consequences of your policies and allow the media access to these facilities.” See Below 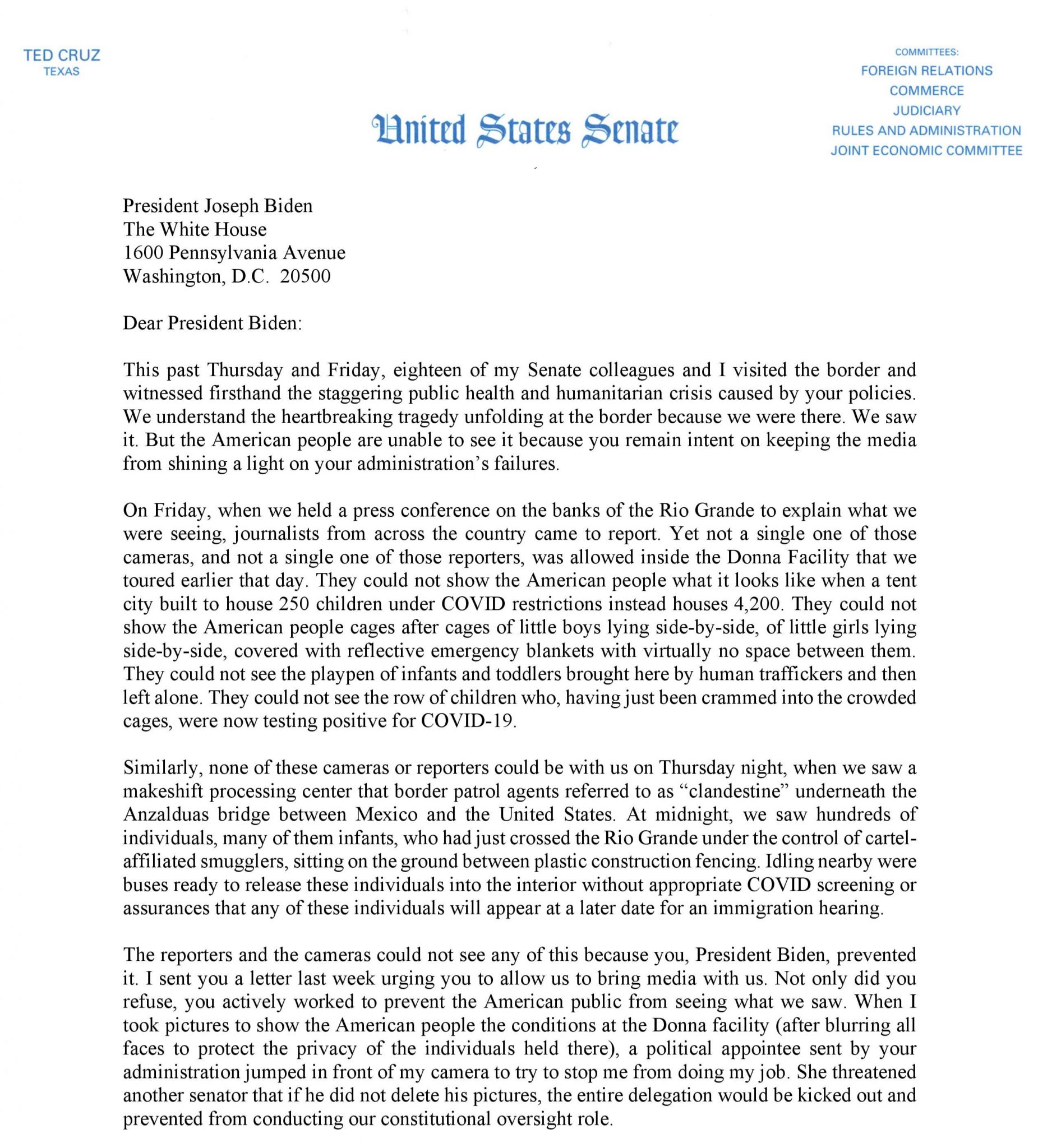 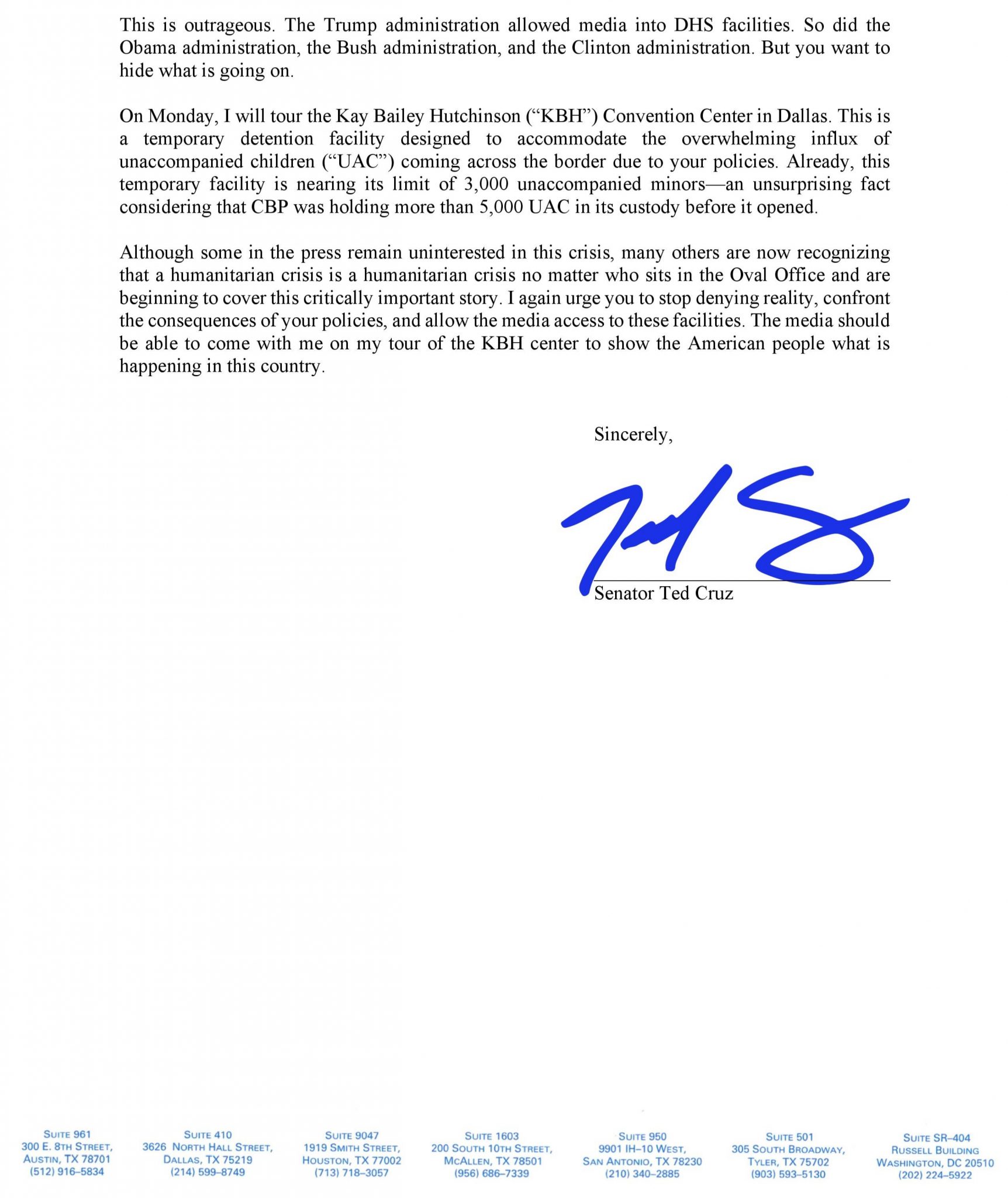 Reporter To Psaki: “Why Does [Biden] Support Abortion When His Own Catholic Faith Teaches Abortion Is Morally Wrong?”