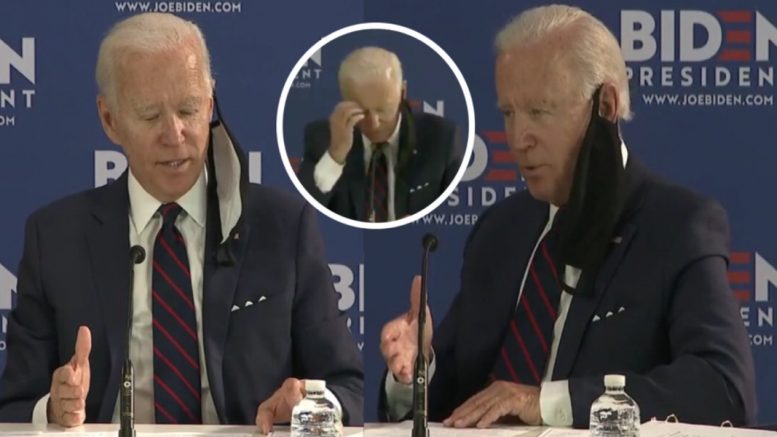 Presumptive Democratic presidential nominee Joe Biden announced on Thursday a plan to reopen the economy “to make sure the reopening is safe and strong and sets the foundation for an economy that works for everyone.”

He also held a round table discussion on reopening the economy with community members in Philadelphia, though President Trump and his administration already laid out federal guidelines for states to safely reopen in phases amid the coronavirus pandemic.

On his website, Biden claimed: “Today, more than 20 million Americans are unemployed – and a majority of those unemployed are a result of the economic crisis worsened by President Trump’s failed response to the coronavirus (COVID-19) pandemic.”

No one is listening to Sleepy Joe – Democrat and Republican governors have praised @realDonaldTrump's science-backed guidelines as a "helpful" "blueprint." pic.twitter.com/LoWgY9aJaX

Meanwhile, during the Thursday round table event, Joe Biden appeared to have a major brain freeze in the middle of discussions over reopening the economy.

At one point during the discussions, Biden told the community members in attendance, “I’m beginning to get bored by my own talk here”.

Joe Biden: "I'm beginning to get bored by my own talk here."

You're not the only one, Sleepy Joe! pic.twitter.com/95voyVUJdf

Biden also mentioned that President Trump was going to Texas on “Juneteenth”.

"He’s going down to Texas on Juneteenth, right? The first major massacre … of the Black Wall Street, right?"

1. President Trump is going to Texas today, not June 19
2. Juneteenth is about emancipation
3. The massacre was in Oklahoma pic.twitter.com/vpNDQLwqBj

In another part his round table discussion, the former vice president asked the members, “if I had a magic wand” what would they like him to do to get the economy moving again.

Joe Biden just asked his roundtable in Philadelphia "if I had a magic wand," what would they like him to do to get the economy moving again.

WE ALL KNOW WHO HAS THE MAGIC WAND IT'S PRESIDENT @realDonaldTrump pic.twitter.com/aPwXzocxFx