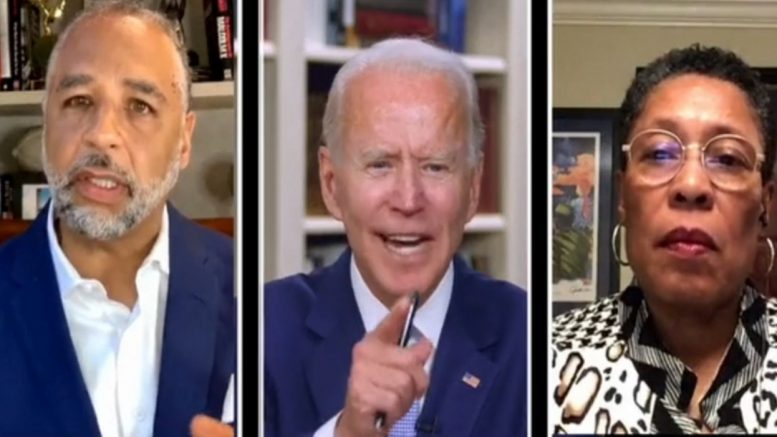 The pair discussed the global public health crisis and “incidents of hate crimes”, as the moderator, journalist Ed Gordon, asked questions from the audience.

Biden appeared to be angered after Gordon mentioned that two young people emailed him about their concern over him possibly resorting to supporting “traditional” methods used by police, since he supported the 1994 Crime Bill.

Biden responded by initially stating that such thoughts are “not accurate,” and he attempted to make the case for why he thinks young people will show up to vote for him.

Gordon followed up by implying that Biden may have been misinterpreting what the young people were concerned about. “Mr. Vice President, you said that they were wrong in their thinking that, but that is their feeling,” Gordon said.

“No there’s no evidence! That’s not true!” Biden interrupted while pointing his finger. “Show me a poll that says that.”

“I didn’t say any poll,” Gordon replied. However, Biden interrupted again and argued, “No, you said ‘They think.’ You are speaking for young people!”

Biden calmed down after Gordon explained that he had an email from a couple of young people where they voiced their own concern about him.

“Oh!” Biden said. “It’s a legitimate concern. They should be skeptical.” Video Below