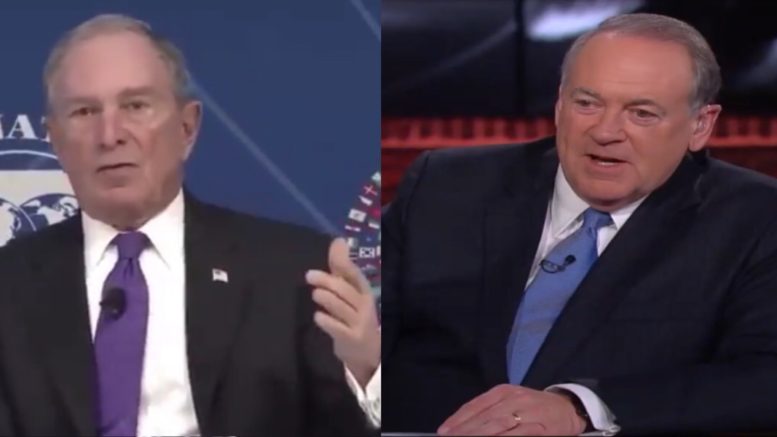 Democratic presidential candidate, Michael Bloomberg, publicly floated the idea that “raising taxes on poor people is a good thing so they can live longer.”

Bloomberg, on stage with Christine Lagarde, President of the European Central Bank, also referred to low-income individuals as “those people” along with taking a shot at coal miners and the military.

Michael Bloomberg said: “Some people say, well, taxes are regressive. But in this case, yes they are. That’s the good thing about them because the problem is in people that don’t have a lot of money. And so, higher taxes should have a bigger impact on their behavior and how they deal with themselves. So, I listen to people saying ‘oh we don’t want to tax the poor.’ Well, we want the poor to live longer so that they can get an education and enjoy life. And that’s why you do want to do exactly what a lot of people say you don’t want to do.”

He continued: “The question is do you want to pander to ‘those people’? Or do you want to get them to live longer? There’s just no question. If you raise taxes on full sugary drinks, for example, they will drink less and there’s just no question that full sugar drinks are one of the major contributors to obesity and obesity is one of the major contributors to heart disease and cancer and a variety of other things.”

“So, it’s like saying, ‘I don’t want to stop using coal because coal miners will go out of work, will lose their jobs.’ We have a lot of soldiers in the United States in the US Army, but we don’t want to go start a war just to give them something to do and that’s exactly what you’re saying when you say ‘well, let’s keep coal killing people because we don’t want coal miners to lose their jobs.’ The truth of the matter is that there aren’t very many coal miners left anyways and we can find other things for them to do. But the comparison is: a life or a job. Or, taxes or life? Which do you want to do? Take your poison,” Bloomberg added.

Former Arkansas Governor Mike Huckabee responded to Bloomberg after he suggested raising taxes on the poor, calling him “Nanny Boy”, adding that he “ought to try Venezuela”. (Continued Below)

Huckabee recommended: “He wants to be Pres of wrong country-he ought to try Venezuela.”

It's not stunning that "Nanny Boy" Bloomberg believes gov't should control poor people w/ higher taxes, but stunning that he unflinchingly said it publicly. He wants to be Pres of wrong country-he ought to try Venezuela. https://t.co/lAL4CtGPEL

Reporter To Psaki: ‘Should There Be an Independent Investigation’ Into Biden’s Alleged Sexual Misconduct?