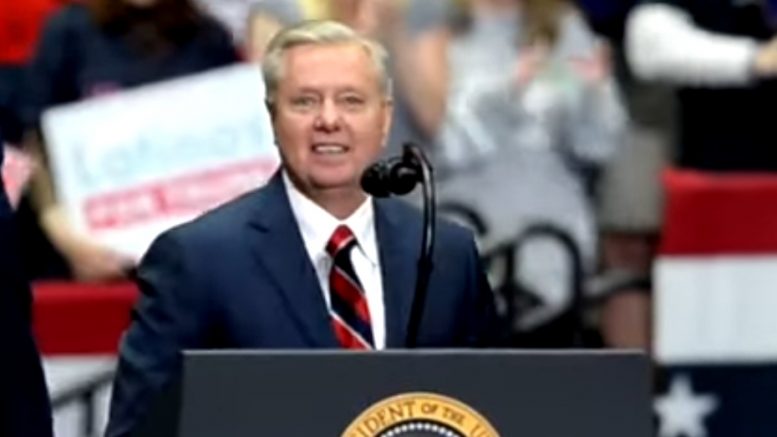 Senator Lindsey Graham had some good news to share with Republicans after winning overwhelmingly in South Carolina in Tuesday’s Republican primary.

With over 464,000 voters turning out to vote, Graham received 67.6% of support from Republicans in South Carolina in his bid to retain his Senate seat. This marked the largest turnout in a non-Presidential Republican primary, according to the Senator, who also had some more exciting data to share with Republicans across the country.

In a pair of threads on Twitter, Graham released the following statement:

“I was very honored to have received such overwhelming support among Republicans in the largest turnout of a non-presidential Republican Primary in South Carolina history.

“What does this mean? It shows massive enthusiasm among South Carolina Republicans to continue confirming conservative judges, cutting taxes, rebuilding our military, and creating jobs.

“Republicans in South Carolina are excited about the opportunity to reject socialism and big government solutions. Republicans are busting at the seams to vote in 2020.” Continued Below

“Some fast facts about the 2020 SC GOP Primary from #TeamGraham: Yesterday’s turnout of 464,329 was the highest ever for a non-presidential primary in South Carolina. This shows massive excitement and engagement by Republicans.

“Senator Graham’s support among Republicans has never been higher… 68% of the vote is the largest percentage Lindsey Graham has ever received in any Republican Primary for Senate or House of Representatives.

“Senator Graham received nearly as many votes yesterday as the entire Republican field received in 2014 (313,956 yesterday compared to 316,989 in 2014). Continued Below

“Senator Graham received 51,620 more votes than Democratic presidential nominee Joe Biden did in February and 41,577 more than Hillary Clinton did in the 2016 SC Democratic Primary.