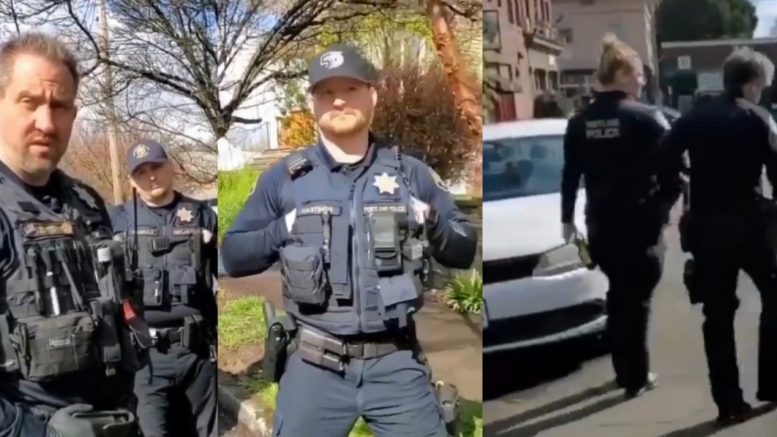 Police officers in Portland, Oregon found themselves in a rather odd situation while hashing it out with a female on the street.

In a viral video that was uploaded to Twitter, the female, who apparently goes by the name “Jamie,” is heard taking jabs at officers before screaming at the top of her lungs in their faces and accusing them of “physical assualt.”

The situation unfolded after one of the officers told the lady that her behavior is “very erratic” while another one pointed out to her that everytime they try to have a “normal conversation” with her, “it just goes right to insults.”

“[Can] you understand how it’s not a normal conversation?” the officer replied.

“Um, you guys get called shit all the time. And you take down the blacks and you get f***in’ on video,” the lady says before belting out a loud scream for help.

The officers were completely unphased by her scream as they stood still and stared at her before walking away and saying, “Have a good day, Jamie.”

“I want him arrested for physical assault you f*** face!” the woman yells at them.

Before shutting the door, one of the officers responded that they aren’t going to take her report, especially since she screamed like she did. Video Below

I can’t stop laughing at this woman pic.twitter.com/mS0kxmHETe