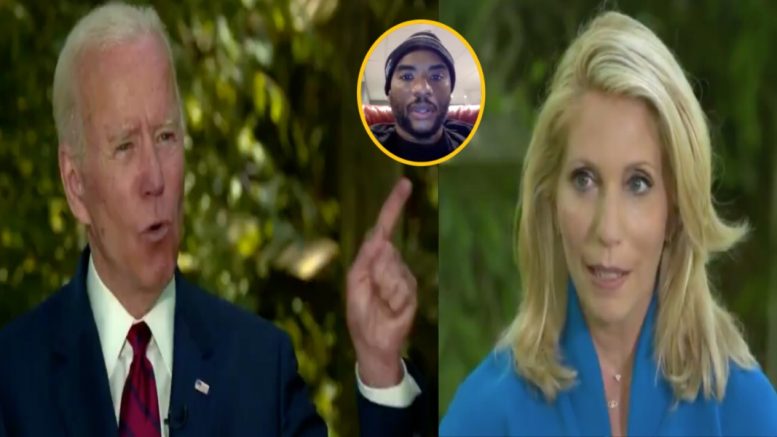 Tuesday during an interview on CNN, host Dana Bash asked presumptive Democratic nominee Joe Biden about his recent comment during a Friday live-stream with radio show host Charlamagne Tha God from “The Breakfast Club”, that if you support President Trump “then you ain’t black.”

Bash also brought up that Biden told Charlamagne that the NAACP has endorsed him “every time” he has run, to which the CNN host told Biden that “isn’t true”.

“My question to you is about what some supporters are worried about, which is that all of this could end up hurting the enthusiasm that you really need to win among black voters,” Dana Bash told Biden.

“Well, first of all, it was a mistake, number one. And I was smiling when he asked me the question. I shouldn’t have been such a wise guy with him. He was being a wise guy and I responded,” Biden said, appearing to blame Charlamagne Tha God for his remark.

Biden continued. “I shouldn’t have done that. It was a mistake. I have never taken the African American community for granted. Never, never, never once. And I’ve had overwhelming support in my state and overwhelming support in the African American community my whole career. But I have never taken it for granted. I worked like the devil for it. And I have to earn it every single time. Nobody’s votes should be taken for granted.”

He went on to claim: “That’s what it conveyed, my response. And I’ve never done that. … I’ve got to make it clear why I think their– look, why I deserve a look. And not just in comparison to him, but in comparison to anybody else running, anybody that would be running.” Video Below

“It was a mistake. I have never taken the African American community for granted,” former Vice President Joe Biden says about the controversial comments he made on popular radio show “The Breakfast Club.”

“Nobody’s vote should be taken for granted.” pic.twitter.com/1qzWZSyjsT

In the same interview, Biden also admitted: “You know all this stuff about ‘Biden’s hiding’, well, you know, it’s working pretty well.”

JOE BIDEN ADMITS HE IS IN HIDING! pic.twitter.com/GvVaOeRIwp