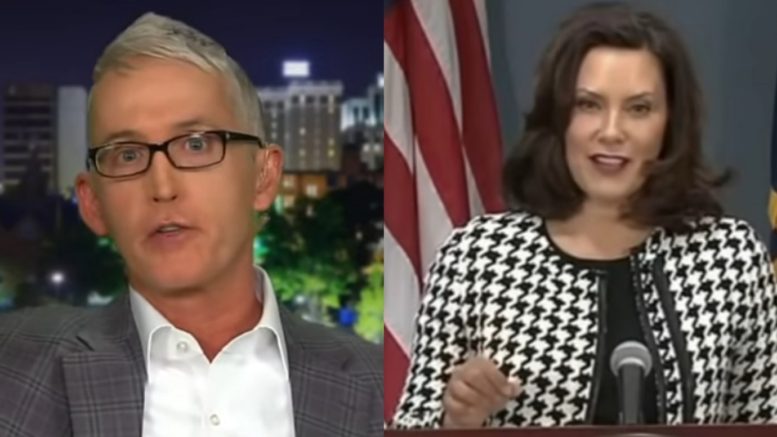 Former Congressman Trey Gowdy weighed in on some of the decisions and orders that have been made by leaders and the judicial system in wake of the COVID-19 crisis, which he considers to be “irrational” examples of over-reach by the government.

Gowdy gave his reaction after Mike Huckabee brought up controversial policies that went into effect around the country, including in Houston, Texas where a new mandate would allow citizens to be fined $1,000 and possible jail time for not wearing a mask. While in Michigan, Governor Gretchen Whitmer, at one point, prohibited members of the same family from visiting each other.

In regards to some of the “heavy-handed policies” that are being handed down at the local level, Huckabee asked Gowdy, “Is it a threat to the United States and it’s people?”

“So if I’m going to imprison you or fine you for not wearing a mask, why can’t I hold you down and vaccinate you against the flu this this fall?” he questioned.

“I mean, you don’t want the flu and COVID-19, so can I involuntarily vaccinate you?” Gowdy continued. “Can I show up at your house and make sure you are doing your burpees and your planks and your jumping jacks because obesity and COVID-19 don’t go well together? Where does it stop?” Video Below

Gowdy went on to bring up how in Washington state, they were one vote away from potentially releasing the Green River Killer from prison because of COVID-19.

“They’re threatening to punish people for not wearing a mask. Meanwhile in Washington state, they’re going to let a serial killer — they’re one vote away from letting a serial killer out because of COVID-19,” he said. “So, you go to jail for not wearing a mask, but if you kill four dozen women — because of COVID-19, we might let you out? That is irrational.” Video Below