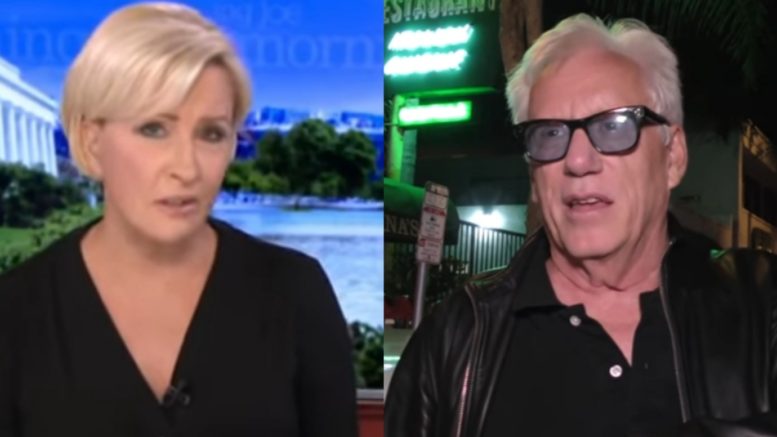 Former Hollywood actor James Woods knocked down MSNBC host Mika Brzezinski’s notion that Joe Biden is “careful with his words”, which she declared during her commentary on Monday’s airing of Morning Joe.

As reported by the Daily Caller, Brzenski was lauding a new NBC News poll that showed Biden with a 7-point lead over President Trump when she made the claim.

“What you see here is Joe Biden is careful with his words. You see some of the latest ads that have been rolled out, which are really strong, which show clearly that Joe Biden saw this coming,” Mika said.

“He was concerned. He saw [the coronavirus] coming like a steamroller coming in the direction of the United States,” she added. “He called on the White House, the president, the administration, to take it seriously.”

Mr. Woods took note of what Brzezinski said about Biden, and suggested it’s just another way that the media is showing “how desperate they are to beat Trump”. Especially since the former VP’s campaign has been plagued with gaffes along with moments where he appears to lose his train of thought while speaking. See Below

“It’s sad how desperate they are to beat Trump,” Woods tweeted in regards to Mika’s remarks. “This is humiliating for poor old Joe. He isn’t ‘careful with his words,’ you witch. He has dementia.”

It’s sad how desperate they are to beat Trump. This is humiliating for poor old Joe. He isn’t “careful with his words,” you witch. He has dementia. https://t.co/0b6lOKdjPm

It’s probably not the only job that got her where she is… pic.twitter.com/GspWJWGllP

In ending, here is a resurfaced video of Mika implying that controlling what people think “is our job”:

WATCH: Trump Busts Out A Couple Of Dance Moves As Fireworks Go Off Over Him At Georgia Rally