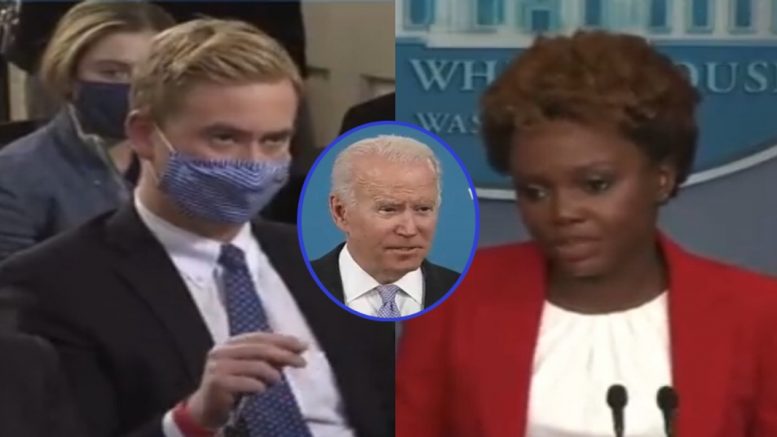 The Biden administration is in talks to offer immigrant families that were separated during the Trump administration around $450,000 a person in compensation, according to people familiar with the matter, as several agencies work to resolve lawsuits filed on behalf of parents and children who say the government subjected them to lasting psychological trauma, according to the Wall Street Journal.

When pressed by Fox News’ Peter Doocy over the report, 78-year-old Joe Biden claimed it was “garbage” and “not true”.

Biden claims the report from the Wall Street Journal is “garbage”:

The deputy press secretary walked backed Biden’s comments, saying, “If it saves taxpayers dollars and puts the disastrous history of the previous administration’s use of zero tolerance and family separation behind us, the president is perfectly comfortable with the Department of Justice settling with the individuals and families who are currently in litigation with the U.S. government.” [Emphasis added].

… What the president was reacting to was the dollar figure. … DOJ made clear to the plaintiffs that the reported figures are higher than anywhere the settlement could land,” she said. Video Below

She deflects to the DOJ pic.twitter.com/BWDmqbC6Le

On Friday, Peter Doocy wondered “Why give taxpayer money to people who broke federal law to get here?”

Karine Jean-Pierre replied in part, “You like this question, Peter”.

Doocy: "Why give taxpayer money to people who broke federal law to get here?"

Jean-Pierre: "One of the things that we have to remember why we're in this place that we are today is because we had an administration that had an inhumane, immoral policy." pic.twitter.com/EcqycUI9Lt

(Related: Rep. Jordan On Biden Admin Considering Paying Millions To Illegal Immigrant Families: “One Of The Many Stupid Policies From This Administration”)