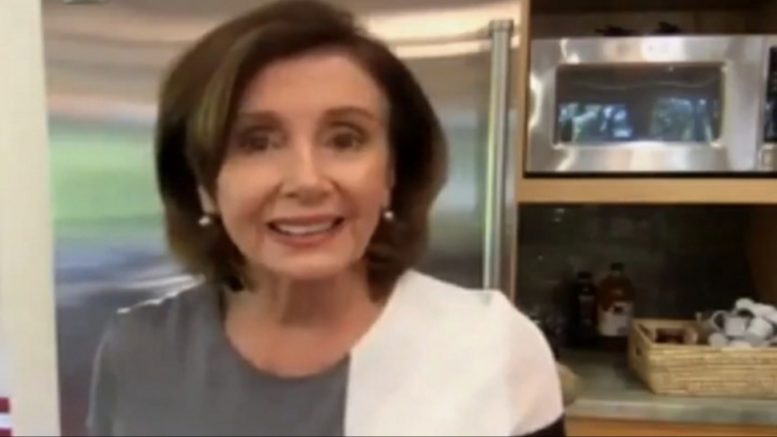 Last Thursday, Senate Majority Leader Mitch McConnell’s called for unanimous consent to quickly approve an additional $250 billion for the Paycheck Protection Program, under which small businesses can get federally backed loans that will be forgiven if they keep workers on payroll during the coronavirus shutdown.

Senate Democats, however, blocked Mitch McConnell after trying to offer their own alternative to amend the GOP plan, which Senate Republicans rejected.

In her Tuesday interview, Speaker Pelosi boasted about how she was part of negotiations “on the Senate side”, which ultimately led to Democrats denying the additional small business funding to get approved, and she congratulated them for their efforts

“So last week when they came — they asked for a quarter of a trillion dollars in forty-eight hours,” Pelosi said. “And I said, ‘Well, I don’t, I don’t think so. Let’s see how we can open this up to many more people.'”

She continued, “So, Chuck Schumer and I — this all happened on the Senate side, and I congratulate the Senate Democrats — they all went to the floor when Mitch McConnell went in for 250 (billion dollars) and they said they objected.” Video Below