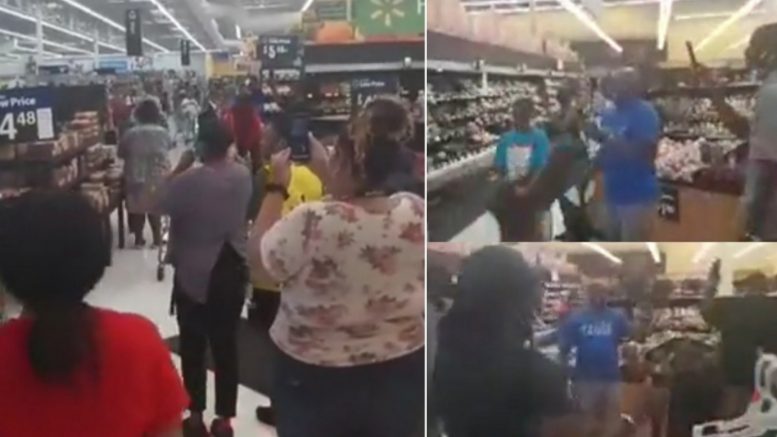 A video has gone viral showing Christians in North Versailles, Pennsylvania conducting a worship service inside of a local Walmart store back on June 26.

Congregants can be seen singing a list of songs of praise, including “Our God Is Greater,” “Waymaker,” “Great Are You Lord,” and “We Worship You” in what appears to be a protest against the state’s COVID-19 restrictions against churches.

“It was on April 3 that Pennsylvania Governor Tom Wolf asked religious leaders in that state to ‘consider alternate forms of worship’ as a result of the coronavirus. Wolf said ‘Religious leaders are encouraged to find alternatives to in-person gatherings and to avoid endangering their congregants. Individuals should not gather in religious buildings or homes for services or celebrations until the stay-at-home order is lifted.'”

Members of churches across the state were left up in arms on how to lawfully take part in worship services in the initial phases of the state’s rollout of pandemic restrictions, which is when the video in the North Versailles Walmart was taken.

A Walmart worker by the name of Nancy Halford reportedly “dropped what she was doing” when she heard the crowd singing the songs of praise and recorded the viral moment. The video was then posted on Facebook and has since been posted by others all over other social media platforms. Video Below