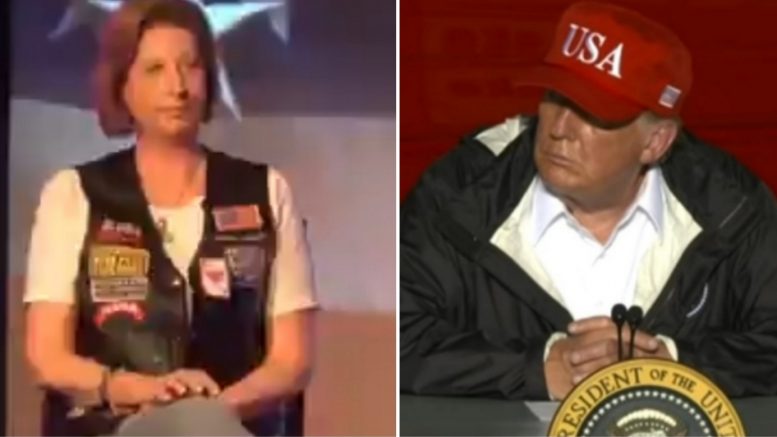 Sidney Powell suggested that former President Donald Trump should be “reinstated” and a “new inauguration date” if the results of pending audits and investigations indicate that he actually won the 2020 election.

The high-profile attorney made the hypothetical assertion while appearing at the “For God & Country Patriot Roundup” event in Dallas, Texas.

Asked by podcaster Doug Billings what she thinks would happen if results of audits and investigations flip to show that President Trump won enough disputed states, like Arizona, Michigan, Pennsylvania and Georgia, and he is perceived to be the actual winner of the 2020 election, Sidney Powell stated as follows:

“There are cases where elections have been overturned, but there’s never been one at the presidential level, which everyone will jump to point out. That doesn’t mean that it can’t be done. There’s always a first case. And as far as I know this is the first case of abject fraud and obtaining a coup of the United States of America. So it’s going to have to be dealt with.

“It should be that he can simply be reinstated, that a new inauguration date is set and Biden is told to move out of the White House and President Trump should be moved back in.

“I’m sure there’s not going to be credit for time lost, unfortunately, because the Constitution itself sets the date for inaugurations, but he definitely should get the remainder of his term and make the best of it. That’s for sure.” Video Below

At the "Patriot Round Up" QAnon conference in Dallas, Sidney Powell informs the crowd that Trump won't get credit for "time lost" after he's reinstated as president and Biden is forced to leave the White House.

Feels like she's setting them up for more disappointment. pic.twitter.com/PqNrunvzi3

Here is Sidney’s full interview from the “For God & Country Patriot Roundup” event: