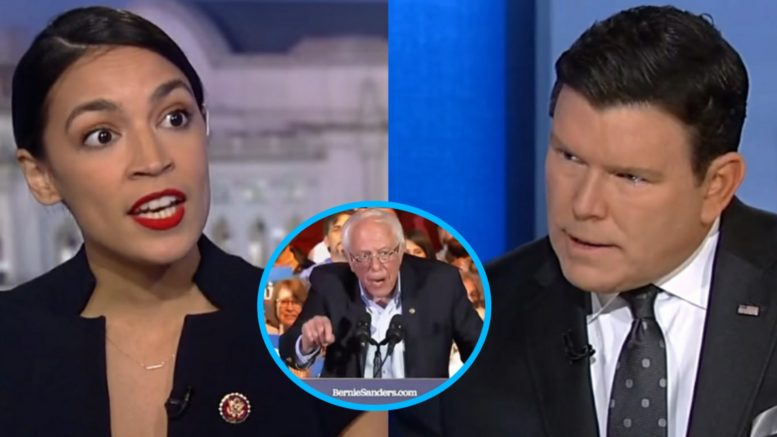 On Thursday, Alexandria Ocasio-Cortez blamed “rampant voter supression” for why Bernie Sanders has taken a ‘swift fall’ in the 2020 race against Joe Biden.

The Democrat congresswomen made the suggestion while facing Bret Baier in a rare Fox News interview.

Ocasio-Cortez didn’t seem to indicate any frustration with the way things have turned out and instead, she applauded Bernie’s “transformative leadership”.

Moments later, Baier brought up how thousands of young people showed up at Bernie’s campaign event at the University of Michigan, yet didn’t seem to show up at the voting booth to support him.

“How can you say the progressive position is still prevailing nationwide, when Joe Biden is winning so much?” Baier questioned. Video Below

“Well, I think one thing…that isn’t being talked about is the rampant voter supression in this country,” Ocasio-Cortez declared. “Right there in Ann Arbor where we had that rally, those kids were waiting three hours in line to vote in Michigan.”

Baeir replied, “So just to be clear, you’re saying that you think voters didn’t get to vote that wanted to vote in Michigan?”

“Absolutely,” the congresswoman replied. “Obviously, there’s more that we need to do in terms of turning out youth voters. We need to make sure that we’re inspiring young people to turn out. But when you do turn out, you shouldn’t be waiting three, four, seven hours in order to vote ‘yes’.” Video Below

Related Article: AOC Claims People Are Not Eating At Asian Restaurants Due To ‘Racism Around The Coronavirus’