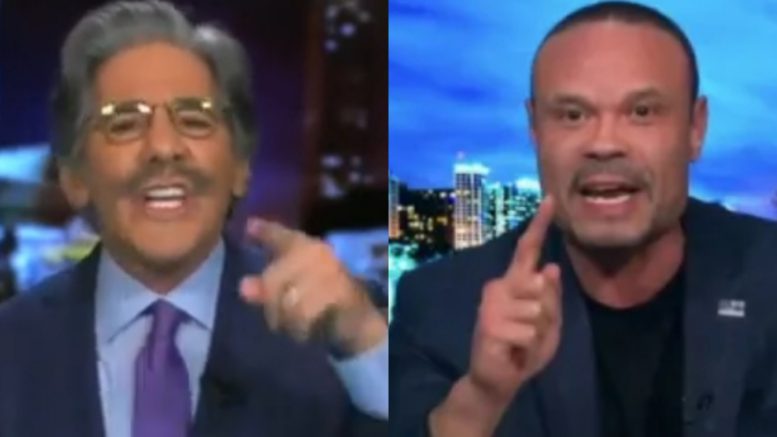 While appearing on Hannity, Geraldo Rivera and Dan Bongino sparred over the topic of how the 30-day travel ban from Europe was laid out during President Trump’s national address on the coronavirus.

The travel ban that was announced by Trump initially led to brief confusion, as U.S. citizens and green card holders oversees were unsure if it meant that they would be prevented from traveling back to America. However, after further clarification, the Trump Administration confirmed that restrictions would only “apply to ‘foreign nationals’ who have been in any of the Schengen nations, 26 European countries with open-border agreements, in the past 14 days prior to their scheduled arrival in the U.S.” U.S. citizens, green card holders and citizens of the United Kingdom are exempt from the travel ban.

Geraldo said that he is on the same side as Hannity and Bongino when it comes to President Trump’s overall handling of the coronavirus, but he voiced strong disapproval with the way the president’s address was written, specifically when it came to the travel ban.

“That speech was written by senior advisor Stephen Miller — same guy that imposed the Muslim ban and pregnant women knocking over each other with babies and all,” Geraldo told Hannity. “You can do these things, you do them right. You do them in the American way.”

Hannity handed it off to Bongino, who said, “Geraldo, you realize you’re repeating Chinese propaganda here. I hope you understand. You may be smart enough to know that.”

Geraldo was fuming at that point as he flailed his arms in the air and called Bongino a “Cheap shot artist!” He added, “You know, you’re lucky you’re not in front of me, big guy!” Video Below

Unintimidated by what Geraldo said, Bongino continued, “You are repeating Chinese propaganda on this channel and you know it. That Stephen Miller cheap shot is outrageous.”

As Geraldo showed clear signs of frustrations by what was said, Bongino added, “You’re upset because you’re getting called out right now. That’s why. Now control yourself and pipe down!” He then laid out that the “Wuhan Virus” originated in Wuhan, China, which Geraldo agreed with.

“Why are you taking cheap shots at Stephen Miller then?” Bongino questioned. Video Below

Senator Rubio On The Elimination Of Soleimani: “The United States Had To Take Action”