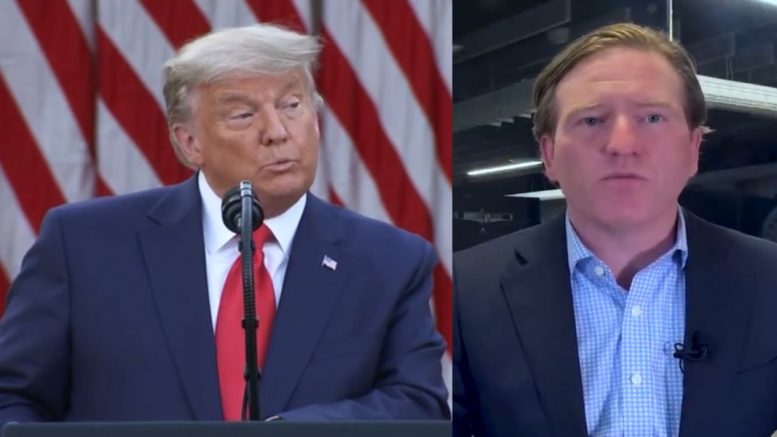 The Commander in Chief announced in a tweet Tuesday that Chris Krebs, who ran the cyber arm of the Department of Homeland Security, was terminated following Krebs “recent statement” in the wake of the election.

On Thursday, Krebs re-tweeted an elections expert calling on people to ignore “wild and baseless claims… even if they’re made by the president.” It wasn’t his own tweet, but it was a notable rebuke of Trump from within his own administration, CNN reported.

An hour later on Thursday, Krebs’ agency, the Cybersecurity and Infrastructure Security Agency, released a statement along with state and private election officials that was its most blunt rejection of the President’s claims to date: “There is no evidence that any voting system deleted or lost votes, changed votes, or was in any way compromised,” they wrote in a statement.

Krebs also claimed that the general election was the most secure in U.S. history.

Following Krebs’ denial in that the election went without any fraud, the president took to Twitter Tuesday pointing out some of the irregularities which has been reported by some in the media and Trump’s legal team.

“The recent statement by Chris Krebs on the security of the 2020 Election was highly inaccurate, in that there were massive improprieties and fraud – including dead people voting, Poll Watchers not allowed into polling locations, ‘glitches’ in the voting machines which changed votes from Trump to Biden, late voting, and many more,” the Commander in Chief wrote. Continued Below

“Therefore, effective immediately, Chris Krebs has been terminated as Director of the Cybersecurity and Infrastructure Security Agency,” the president announced.

In another tweet, President Trump wrote, “The only thing secure about our 2020 Election was that it was virtually impenetrable by foreign powers. On that, the Trump Administration takes great credit. Unfortunately, the Radical Left Democrats, Dominion, and others, were perhaps more successful!”

President Trump’s attorney Sidney Powell has been presenting information on over the past week showing how votes were systematically manipulated away from President Trump to allow for Joe Biden’s miraculous come-from-behind victory after election night. Among some of the most explosive allegations put forward by Powell, includes the use of the software Smartmatic to fix “millions” of votes in favor of Biden. And she is persistent that she will prove it when she has her day in court, and the results will be overturned when all is said and done, as reported by The Freedom Times. Continued Below

The president also tweeted comments made by Rep. Jim Jordan (R-OH) Tuesday over the election:

(Related: Patriots Travel Over 3000 Miles Expressing Their Gratitude To Sidney Powell: “Thank You For Being A Patriot With Bigger Cojones Than Most Men In The World”)