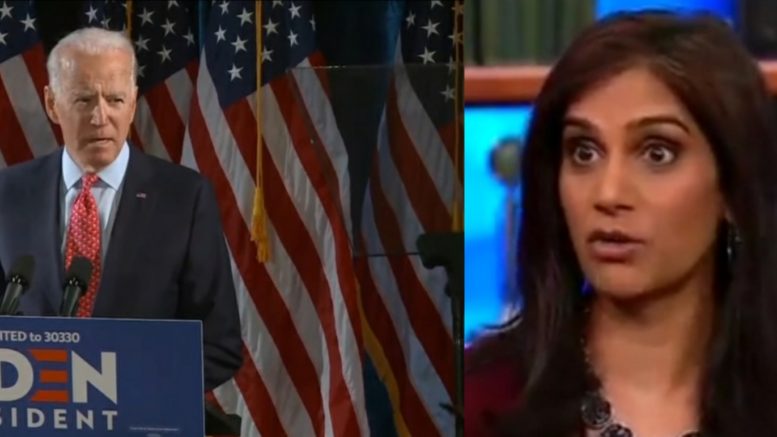 CNN Analyst Asha Rangappa got fact-checked on Thursday after claiming that Democrat Presidential front-runner Joe Biden didn’t read from a teleprompter while giving a speech about the coronavirus.

During his speech, Biden slammed President Trump’s handling of the coronavirus, and laid out things he would have done differently if he were president, and vowed to “lead with science” if elected.

In response to Biden’s speech, CNN’s Rangappa tweeted, “Biden is not reading from a teleprompter. His voice modulates and he’s not a sedated zombie. He understands the problem. He actually cares.”

Biden is not reading from a teleprompter. His voice modulates and he’s not a sedated zombie. He understands the problem. He actually cares.

While most of Rangappa’s statement is a matter of opinion, the only problem with what she had stated is that Biden did, in fact, use a teleprompter during his speech.

As her tweet circulated social media, Rangappa got called out, most notably by Daily Wire reporter Ryan Saavedra.

Saavedra replied to the CNN analyst with a picture of Joe Biden during Thursday’s speech with two teleprompters pictured, conveniently circled in red. He then captioned it, “Are you blind or just a liar?” Video Below

Related Article: Detroit Auto Worker On His Confrontation With Joe Biden: “He Doesn’t Need To Touch Anybody’s Weapon At All”

In ending, here is video of Biden’s speech that clearly shows him reading from a teleprompter:

Senator Rubio On The Elimination Of Soleimani: “The United States Had To Take Action”