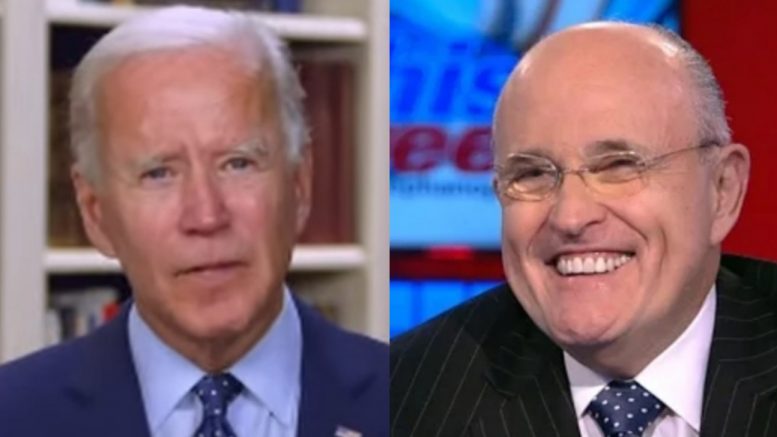 The former New York City mayor was responding to the commission, who rejected the Trump campaign’s request for a revised debate schedule that would include a possible fourth debate.

Related Article: James Woods On Biden Being Urged Not To Debate Trump: He “Wouldn’t Be Able To Debate Even If He Weren’t Hiding In His Basement”

According to a press release by the Trump re-election campaign, “the Commission on Presidential Debates left the door open to a revised debate schedule,” but only if Biden’s campaign agrees to the terms. However, Biden’s advisors immediately dismissed the request.

In his letter to the debate commission, Giuliani thanked them for their consideration, while taking jabs at Biden and his “basement.”

“We are disappointed in your response, but appreciate your openness to a fourth, or earlier, debate ‘if the candidates were to agree that they wished to add to that schedule,” Giuliani wrote. “Your reply makes it clear that the idea of an earlier debate is, in effect, locked away in the basement, alone and diminished. We continue to believe that the American people deserve to see their candidates for president compare their records and visions for the United States before actual voting begins.”

“While we do understand that Mr. Biden has been sequestered in his basement in Wilmington,
Delaware for some time, President Trump still believes that the American people deserve to see the candidates for president side by side at some point,” he added.

“The President has committed to and
will participate in the three debates already on the schedule and we hold out hope that Mr.
Biden will eventually realize that it is a disservice to the American people to try to hide for as long as possible. We aim to continue to put public pressure on Mr. Biden to agree that Americans must see an in-person comparison of the records, visions, and vitality of the two candidates for president before voting begins,” Giuliani concluded along with a CC addressed to Joe Biden’s basement in Delaware. See Below

Here is a copy of the full letter sent to the Commission on Presidential Debates: 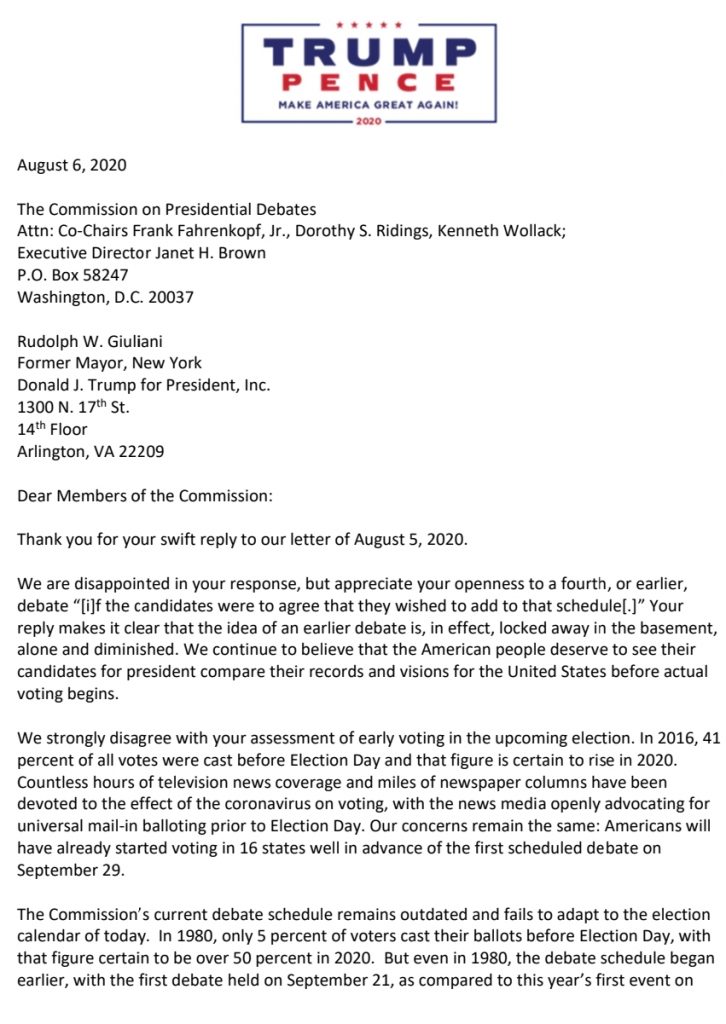 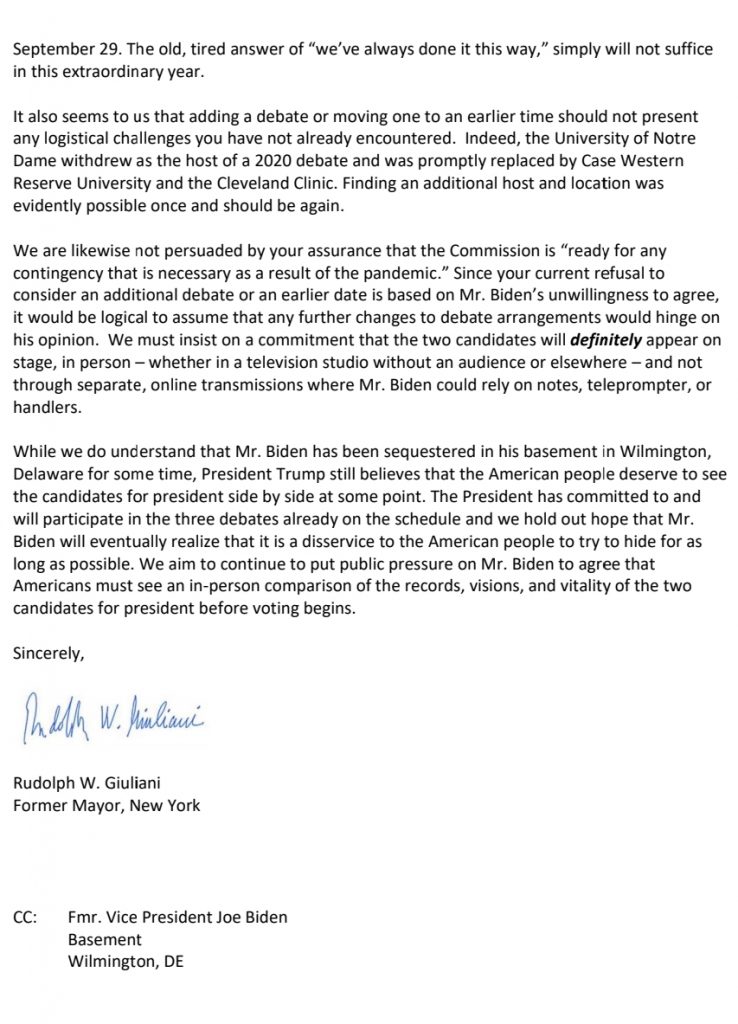