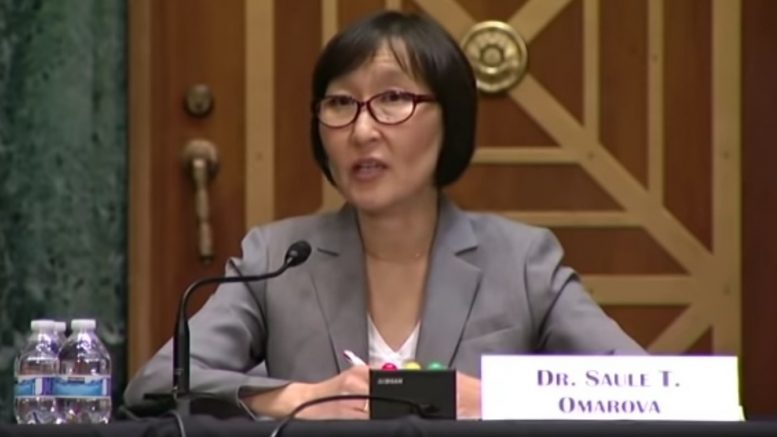 Joe Biden’s nominee to become the government’s top banking regulator, Saule Omarova, is reportedly facing grim hopes of being confirmed by the Senate.

Following a tense Senate hearing marked with criticism from both sides of the aisle, at least five Democrat Senators — three of which are on the Senate Banking Committee — have told Biden’s White House they are opposed to confirming Omarova as the next bank regulator, according to a new report by Axios.

GOP Senator John Kennedy blasted Omarova during last Thurday’s Senate hearing, when he told the nominee that he didn’t know whether to refer to her as “Professor or Comrade” after mentioning controversial opinions made in publications she recently authored.

Democrat committee members Sen. Mark Warner and Sen. Jon Tester also criticized Omarova for opposing a 2018 law they spearheaded that rolled back regulations on some banks, largely small and regional lenders, according to Politico.

“I’m pretty disappointed in your views on [that bill], which I was proud to be one of the authors of… I very much disagree with your characterization of that bill.” Warner said at the Senate Banking Committee hearing, noting that the measure got 69 votes, Politico reported.