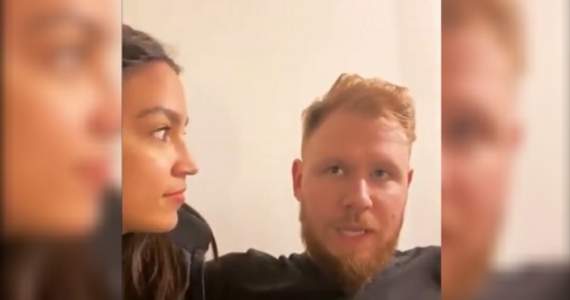 On Friday, Alexandria Ocasio-Cortez’s boyfriend, Riley Roberts, offered advice on “combating racism as a white person” while taking appearing in a video with the New York congresswoman.

The pair were taking questions from fans in an Instagram story when the subject was brought up, according to the New York Post.

Related Article: The Daily Caller Releases A Statement After AOC Says They Have Ties To ‘White Supremacists’

“I think it’s helpful and important to talk to other white people about racism, and I think a lot of people, they don’t want to be racist,” Roberts said.

He continued, “They don’t think that they’re racist, but they also don’t know some of the things they believe or say are and can be racist.”

“One of the, like, effective ways is just to talk and kind of help teach them about why some of the things they believe or say or think are wrong — not necessarily racist — but that they are wrong,” Roberts said. “And that will sort of chip away and, you know, contribute to some development in this area but not necessarily take somebody from, like, being a racist to not being a racist in one conversation.”

AOC then added to her boyfriends remarks by saying, “And it’s just always being open to learning about racist things that we may have said or done without judgement or defensiveness.”

In their statements, neither of the two were able to give examples of what is considered to be racist and not racist in their terms. Video Below

At least AOC found someone as dumb as her. pic.twitter.com/ZUJDILI3p8