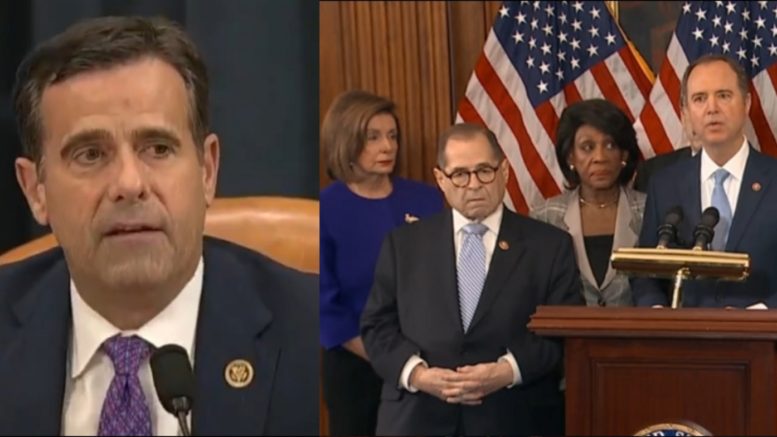 Congressman John Ratcliffe was fired up during the House Judiciary Committee’s Wednesday debate where members considered articles of impeachment against President Trump.

The debate is expected to last through Thursday evening and will follow with a committee vote that decides whether or not the articles of impeachment will pass to the House for a floor vote.

Related Article: With A Single Impeachment Meme, Don Jr. Shows Both Sides Why The Electoral College Is Necessary

During his time to speak, Ratcliffe slammed the entire impeachment process and suggested today’s Democrats are the Founding Fathers’ “nightmare come true.”

“The Founders warned and feared today might come,” Ratcliffe said.

‘And today, the committee of juristiction, after one week, is marking up a bill for impeaching a President for crimes that aren’t specified under the Constitution by the party that has the most votes in the House and pledged to impeach him from the first day of his Presidency,” Ratcliffe said.

“Today’s Democrats are the Founders’ worst nightmare come true. Right now, I imagine most Americans are thinking ‘If only we could impeach them’,” he declared. Video Below