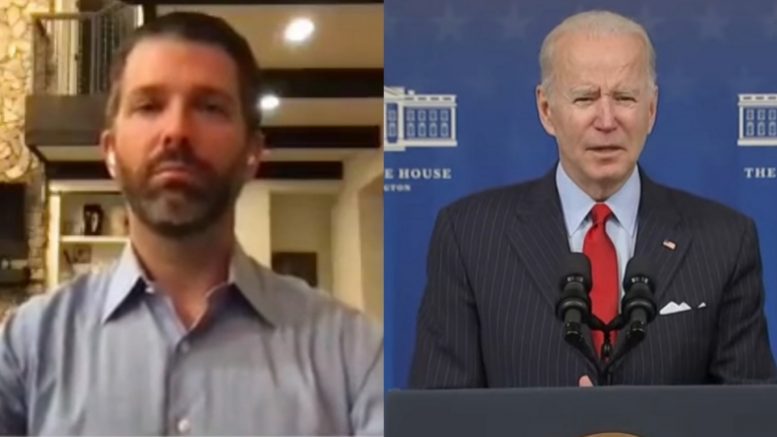 Donald Trump Jr. thinks Joe Biden has zero accomplishments since being sworn into office 10 months ago and has only succeeded at only one thing: The destruction of America.

The 45th President’s son gave his assessment while appearing  for an interview with Fox News contributor Dan Bongino.

Asked how he feels about Joe Biden’s performance over the past 10 months, Trump Jr. stated as follows:

I have seen the destruction of our economy. He’s overseeing that. I have seen multiple humanitarian crisis, both at the border and Afghanistan. I’ve seen America pull put their military before taking care of our own civilians and allies. This is a disaster.

Joe Biden is overseeing the destruction of our country. He has overperformed in only one thing, which is I thought it would take him much longer to destroy America. He’s managed to do it only 10 months, which is pretty impressive. Video Below