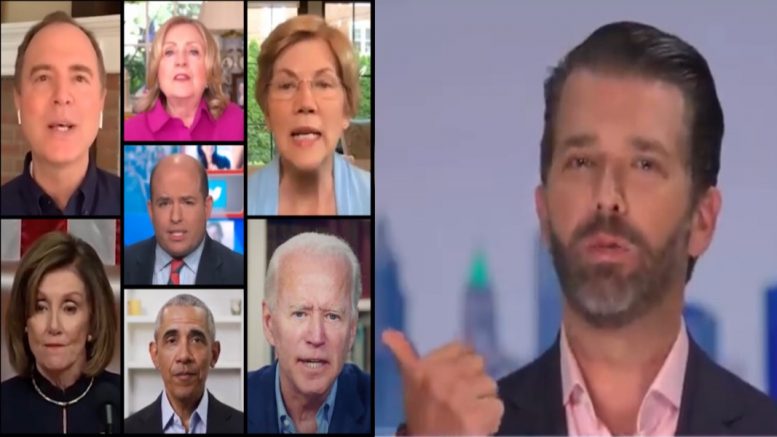 Donald Trump Jr. caught wind of the video and trolled America’s most prominent leftists by tweeting the video and declaring, “The must see film of the year”.

Donald Trump Jr. tweeted: “Hahahahahahaha! Nailed it. The must see film of the year.”

Hahahahahahaha! Nailed it. The must see film of the year. 🤣🤣🤣pic.twitter.com/2nCvJrLw7T

For the record, Power Tie noted that it is a doctored video, meaning it’s fake. Power Tie stated the actors are “talking about other movies they’ve been in.”

It’s fake. They are talking about other movies they’ve been in.

We leave you with a few other reactions:

OMG, this is FANTASTIC!!!

Top shelf entertainment, surpassing the gold standard by a mile!

Congratulations on this soon to be MAGA winning classic!🙌👏👏🤣😂

I haven’t laughed this hard in a while. THANK YOU FOR THIS!!

Prof. Turley Explains How Democrats May Have ‘Just Lost’ Their Case By Linking Trump To Russia: “A Tad Too Much”