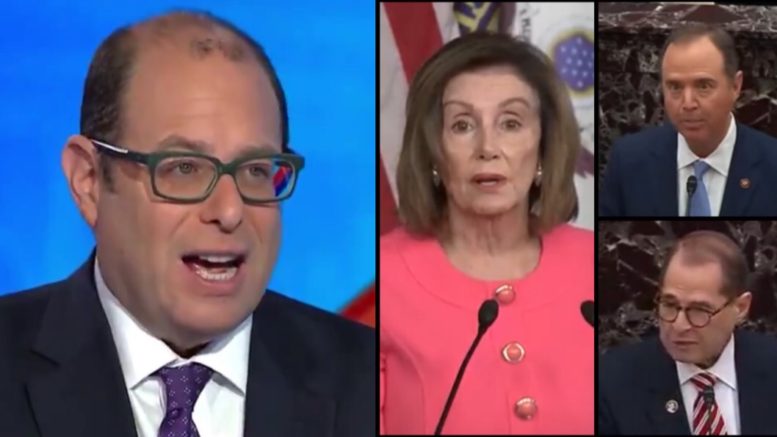 CNN contributor and legal analyst Ross Garber admitted on Sunday that Democrats have a  “particularly weak” case for one of the articles of impeachment and that it is a “dangerous” precedent.

“I think what the president would say, unlike Nixon, he actually did produce the tapes here. He produced the call record,” Garber said.

“I am concerned though about this article of impeachment. I think this article– the article about obstruction of Congress is particularly weak. President’s going back to Washington of asserted privileges and immunities and objections…” he continued.

“President Obama’s attorney general was cited for criminal and civil contempt of Congress. I think it would be very dangerous to say that is now a basis for impeachment,” Garber admitted.

During the impeachment inquiry, four “Constitutional scholar witnesses”, testified in the House Judiciary Committee. Johnathan Turley, a law professor at George Washington University, cautioned against impeaching President Trump for obstruction and said that Democrats would be abusing their power by not allowing the courts to rule on subpoenas.

“If you impeach a president, if you make a high crime and misdemeanor out of going to the courts, it is an abuse of power. It’s your abuse of power. You’re doing precisely what you’re criticizing the president for doing,” Turley told House Democrats. (Video Below)

REMINDER: It's the Democrats who are abusing power, not @realDonaldTrump.

Prof. Turley explains: “If [Democrats] make a high crime and misdemeanor out of going to the courts; it is an abuse of power, it's your abuse of power.” pic.twitter.com/Yxu4KhaYTs

(Related: Prof. Turley: Nadler Made A “Major Blunder” When He Said Senators “Could Be Engaged In A Cover-up”)

Trump on Inflation Suring to 9.1% Under Biden Admin: ‘How can People Survive This?…America will not Allow This to go on for Much Longer’