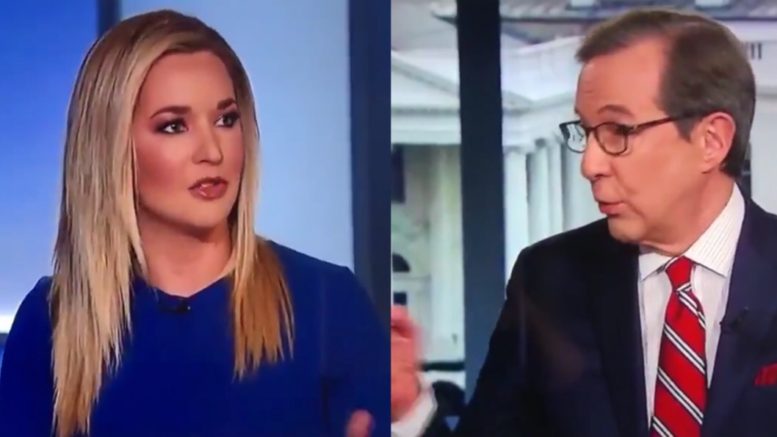 Monday on Fox News, Chris Wallace and Katie Pavlich sparred over whether the Senate should call John Bolton as a witness.

Katie Pavlich argued that the Senate is not the House, and the witnesses in the Clinton impeachment were called before being brought to the Senate. “There are questions here about the process,” she said.

Chris Wallace interjected to claim: “That’s not true. They hadn’t been called in the House in the Clinton impeachment. They had been called by the independent counsel.”

“After an extensive justice department investigation…” Pavlich noted of the Clinton impeachment. “That is very different than the witnesses that were called in the investigation before the articles were sent to the House. The Justice Department investigation, the grand jury material, in the Clinton impeachment, were handed to the House as part of the articles and given to the Senate. They were not given after the House voted. That is the difference and the process here does matter.”

Bret Baier interrupted to say, “Okay, okay, let’s tone it down a bit.” (Continued Below)

“Let’s talk about some of the facts here Chris,” Pavlich fired back. “The point is all of the information that the grand jury in the Clinton investigation– the witnesses that the House wanted to call, the justice department called in this case, were done before the articles were voted on and put over to the Senate.”

“That is not has happened here. The House voted on incomplete information and gave it to the Senate. And now, they are saying the Senate should call additional witnesses who have not been called before and who were not part of the House evidence that Mitch McConnell put into the record,” she said.

Pavlich pointed out that she is not taking a side on whether to call John Bolton as a witness, adding, “I’m not saying Bolton should or should not testify, I’m simply talking about what Senators are saying, and whether they should go with the process,” she added. (Video Below)