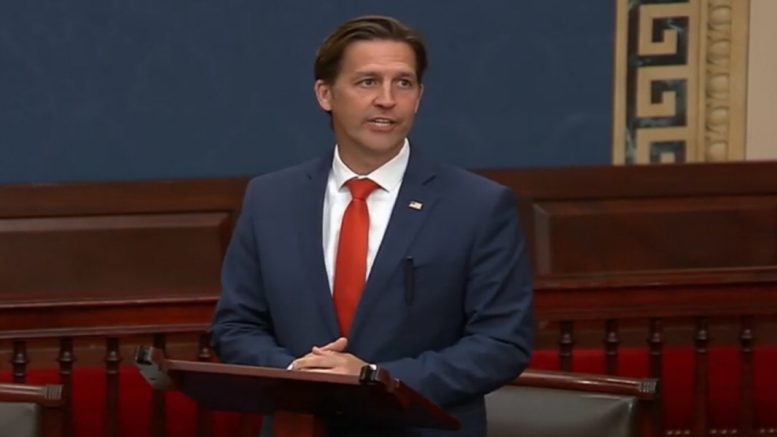 The University of Florida said Thursday it has zeroed in on a national political figure to be its next president: Republican U.S. Sen. Ben Sasse of Nebraska and reportedly will announce his intent to resign.

KFAB reporter Ian Swanson said the process of Sasse resigning from the Senate “could take a bit,” adding, “The announcements are expected ‘imminently.'”

“I want to be clear here: this is a process that will take time, so the resignation will not take effect today. The process will be announced today, and I am told to expect the resignation to actually be made official in December,” Swanson said in a tweet Thursday.

Politico reports: “The Nebraska governor would then appoint a replacement for Sasse under state law. The second-term Sasse made a name for himself as a consistent Trump critic in Congress as well as a reliable conservative vote”.

Sasse is scheduled to visit the Gainesville campus on Monday to meet with students, faculty and community members, who are invited to submit questions in advance and feedback afterwards. He will return Nov. 1 to be interviewed by the university’s board of trustees, The Tampa Bay Times reported.

If approved by the trustees, Sasse would become UF’s 13th president, replacing Kent Fuchs, who announced in January he will step down to take a faculty position after a successor is chosen.

🚨BREAKING on @kfabnews: @SenSasse will imminently announce his intent to resign from the U.S. Senate to pursue another opportunity in higher education. While the process could take a bit, the announcements are expected "imminently".

University of Florida announced Sasse as the sole finalist to be the 13th President of the UF System. His resignation would be made official upon confirmation by the Board of Trustees, likely in December.

BREAKING: The University of Florida announced that Nebraska Sen. Ben Sasse is the lone finalist to be the school's next president. https://t.co/C77X15ynrZ

Are you going to lower your 🇺🇦 flags to half-staff? https://t.co/rcxbTM1hZY

‘Dishonest Reporting at it Again’: Melania Trump Shuts Down Rumors That She’s Being Investigated for Skirting Charity Laws