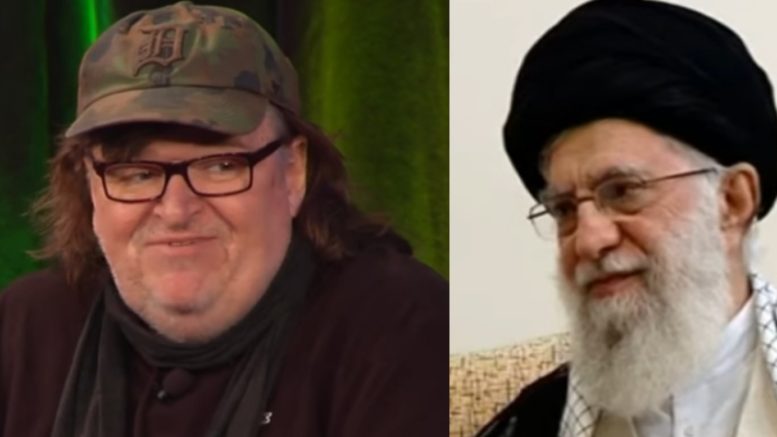 Liberal film maker Michael Moore is clearly nervous about the prospects of retaliation by Iran in wake of President Trump’s decision to elimininate the regime’s military general Qassem Soleimani.

Moore claims to have issued a “personal appeal” to the Ayatollah, insisting he does not violently respond to the “assassination” of Soleimani.

Instead, Moore insists the Ayatollah allows him and “millions of Americans” to take matters into their own hands and “fix” the situation, likely hinting at the 2020 election.

“I have just sent the Ayatollah of Iran a personal appeal asking him not to respond to our assassination of his top General with violence of any kind, but rather let me & millions of Americans fix this peacefully,” Moore said in a tweet.

Upon seeing Moore’s tweet, political commentator Mark Dice replied, “The only people who actually listen to what you say are the order takers at the drive through.” See Below

Moore’s demand for the Ayatollah come in wake of rumors that an Iranian eulogist called for an $80 million bounty to be placed on President Trump’s head in retaliation for Soleimani’s death.

“We are 80 million Iranians,” the unidentified eulogist said in a speech to Iranians, according to Newsweek. “If each one of us puts aside one American dollar, we will have 80 million American dollars, and we will reward anyone who brings us [Trump]’s head with that amount.”