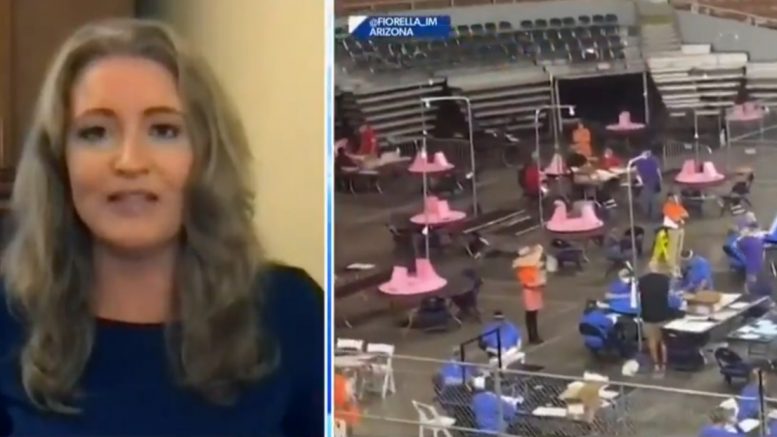 “This does confirm what President Trump and the Trump legal team have said from the very beginning  — that the election was irredeemably compromised,” 45th President Trump’s former senior legal advisor Jenna Ellis said in reaction to the Maricopa County election report that was publicly released Friday.

The report indicated there were over 50,000 ballots with irregularities cast in Arizona’s largest county, which exceeds Joe Biden’s margin of victory in the Grand Canyon State.

“While the Left is focusing on the hand-ballot count, it has always been President Trump’s contention that we have to count every legal vote and not count ballots that are cast in any way, shape or form against state laws. That was the problem in, not only Arizona, but the other swing states,” Jenna Ellis asserted while appearing on Newsmax.

“And so when you look at these over 50,000 ballots that have substantial irregularities that did not follow the Arizona state law — that is why now it is incumbent on the Arizona state legislature to decertify, to reclaim their delegates and to tell Congress their certification did not match the actual ballot count because every legal vote has to count and count fairly,” she declared. “That is what we have to do in America to make sure, to secure the integrity of our elections.”

The AZ audit showed tens of thousands of ballots with significant irregularities, yet MSM wants us to ignore that. Like 45 said, WE WON’T!

Election JUSTICE is the number one issue facing America!