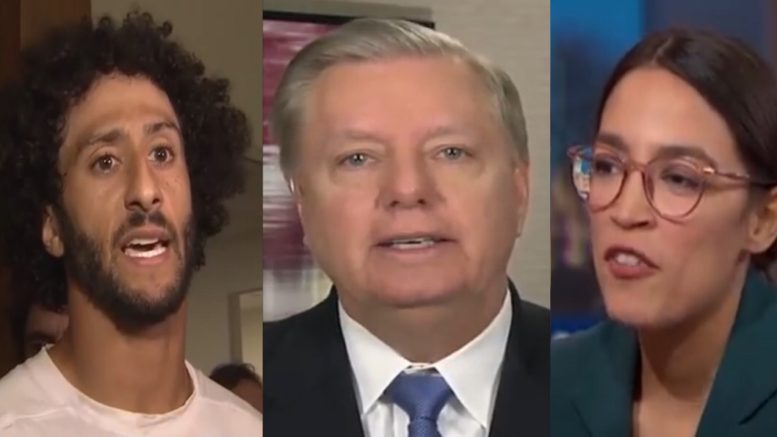 Graham said that President Trump has changed the equation and explained: “For the first time in my lifetime, the Iranians are worried about the Americans. Use to be that we were worried about the Iranians exclusively, now I think they don’t know what to do with Donald Trump. The fact that we killed this guy on route Irish is a big deal. … He made his death on a road that he used to kill Americans.”

“What have we learned in the last 48 hours? The maximum pressure campaign has a military component. If the Iranians hit American targets and American interests and American allies, we will respond militarily. If they hit us again, then I would not want to be working at an Iranian oil field, because I think the president is determined to bring this regime to its knees if they continue to be provocative,” Graham believes.

The Commander in Chief dropped a fierce warning Saturday after learning the country is “talking very boldly about targeting certain US assets as revenge” for killing their military leader Qassem Soleimani. In a thread of tweets, Trump warned Iran that should they decide to unleash any kind of attack on Americans or American assets, the U.S is fully prepared to strike back with vengeance.

“Let this serve as a WARNING that if Iran strikes any Americans, or American assets, we have targeted 52 Iranian sites (representing the 52 American hostages taken by Iran many years ago), some at a very high level & important to Iran & the Iranian culture, and those targets, and Iran itself, WILL BE HIT VERY FAST AND VERY HARD. The USA wants no more threats!” the President cautioned. (Continued Below)

When asked about pushback at President Trump and his administration from critics for taking out Soleimani, specifically Colin Kaepernick and Congresswoman Alexandria Ocasio-Cortez (D-NY), Senator Graham fired off.

In pair of tweets on Friday, Colin Kaepernick wrote: “There is nothing new about American terrorist attacks against Black and Brown people for the expansion of American imperialism. America has always sanctioned and besieged Black and Brown bodies both at home and abroad. America militarism is the weapon wielded by American imperialism, to enforce its policing and plundering of the non white world.”

Senator Graham shot back calling Kaepernick a “loser” on and off the field. “He has no idea what the Iranian regime has done to the region. He has no idea that they have 600 American deaths as a result of IED’s made in Iran, used in Iraq. It’s un-American. He’s a racist. If you’re looking for racism in America Mr. Kaepernick, look in the mirror. Your country is not the problem, it’s the Iranians. And you’re so blinded by your hatred of Trump that you can’t see the difference between who we are and who the Ayatollah is– pretty sad,” Graham expressed. (Continued Below)

Asked if he believes that Congress should not have been spoken with before the airstrike, the Senate Judiciary chairman said, “I’ve been a military lawyer for 33 years. These troops are in the field at the direction of the Commander in Chief with the support of the Congress. You do not need congressional authorization to defend troops in the field in harm’s way.”

“AOC doesn’t know anything about the law of foreign conflict, obviously. Every Commander in Chief has the right to defend our people on the battlefield. It was clear to me that this was a defensive strike that Mr. Soleimani was planning additional attacks against American interests. In AOC’s world, I guess we’re supposed to sit back and watch a bunch of Americans get killed. We’re not the bad guys. The Iranians are the bad guys and if you don’t see that, you missed a lot in the last 40 years,” Senator Graham added.

On Saturday, Rep. Ocasio-Cortez tweeted in response to President Trump warning Iran: “This is a war crime. Threatening to target and kill innocent families, women and children – which is what you’re doing by targeting cultural sites – does not make you a ‘tough guy.’ It does not make you ‘strategic.’ It makes you a monster.” (Video Below)