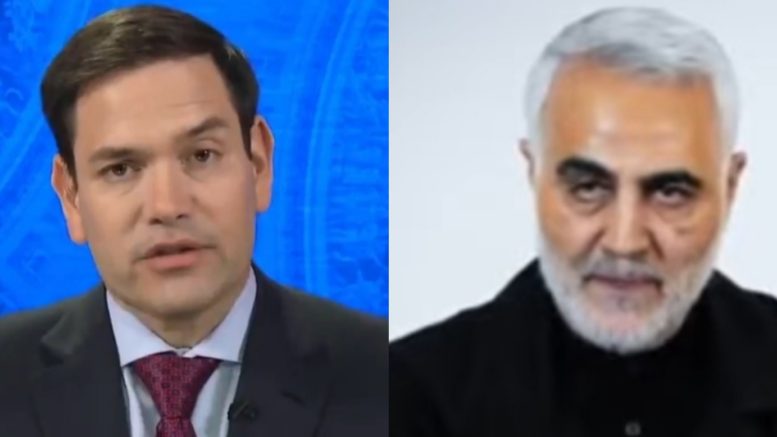 Senator Marco Rubio believes the elimination of Iranian military general Qassem Soleimani was absolutely necessary and he gave some insight to help back it up.

Sen. Rubio commented on the situation while interviewing with Margaret Brennan on Sunday’s airing of Face The Nation.

“Do you believe now that America is safer after carrying out the strike against Qassem Soleimani?” Brennan asked Senator Rubio.

“Well, I believe that Iran was on the verge of scaling up the attacks that they were aiming against the United States, probably through surrogates of many places — not just through Iraq, but Syria as well,” Rubio replied.

“And the United States had to take action in order to prevent that from happening and to make very clear what would happen if they undertook further attacks down the road,” he proclaimed.

Rubio went on to mention that the United States was on the receiving end of 10 or 11 rocket attacks since October.

“It was very clear to Iranians what would happen — and to the IRGC that Soleimani had — what would happen if a single American was killed,” Rubio said. “That happened. They crossed that line. And if you don’t enforce the consequences, they won’t believe it and they’ll continue to ratchet it up.” Video Below