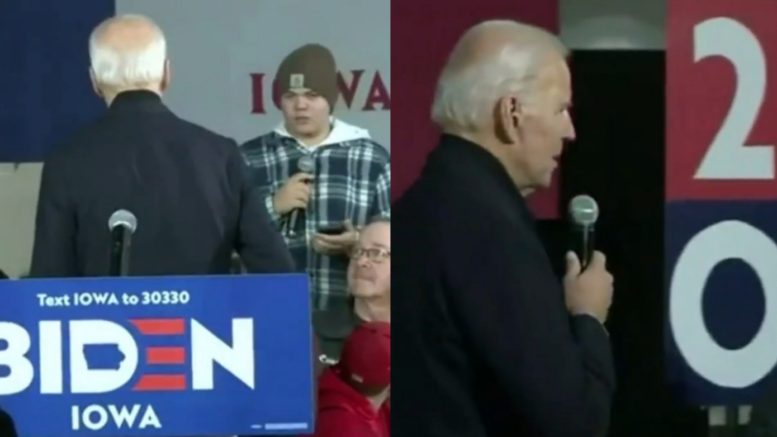 While campaigning in Iowa, Democrat Presidential candidate Joe Biden was put on the spot by a young man who asked about Obamacare.

During the exchange, Biden oddly admitted that “no one did understand Obamacare” when it was rolled out.

It all came about when the young man told Biden that his father didn’t get to keep his health insurance plan, which was one former President Obama’s major selling points to help get the bill passed through Congress.

And instead of insurance being cheaper, which Obama also promised, the man said his father’s health plan doubled in cost.

The gentleman then asked Biden, “Since you supported the plan, were you lying to my dad, or did you not understand the bill you supported?” Video Below

“One, when it’s so clear that when it’s passed, that everyone understands it, and no one did understand Obamacare, including the way it was rolled out,” the former VP said.

Jason Miller On Whether Trump Will Run In 2024: “The Fire Is There…If The Election Was Next Week, He’d Be Ready To Go”